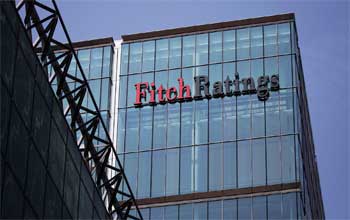 Fitch Ratings has revised the Outlook on Tunisia ‘s Long-term foreign and local currency Issuer Default Ratings (IDR) to Negative from Stable and affirmed the IDRs at ‘BB-‘ and ‘BB’, respectively.
The issue ratings on Tunisia ‘s senior unsecured foreign currency bonds have also been affirmed at ‘BB-‘. Fitch has affirmed the Short-term foreign currency IDR at ‘B’ and the Country Ceiling at ‘BB’.
Fitch explained the revision of the outlook to Negative from Stable by the collapse of tourism in the context of heightened security risks that contributed to a slowdown in GDP growth to 0.8% in 2015, its lowest level since the 2011 revolution, from 2.3% in 2014.
The agency has also revised down its growth forecasts to 1.2% for 2016 from 2% in the previous review, and to 2% for 2017 from over 3% previously.
Geopolitical and domestic political risks have increased. The terrorist attacks of March, June, and November 2015 illustrate the deterioration in the security environment, despite government and international coalition efforts to crack down on terrorism, the ratings agency stressed.
The growing footprint of Islamic State in Libya risks further spill-overs into Tunisia , adding to threats from local terrorists.  In January 2016, a new wave of protests, triggered by unemployment in the interior poverty-stricken regions, has once again raised the risk of social instability and may complicate the government’s implementation of structural reforms, according Fitch.
It estimates the budget deficit at 5.3% of GDP in 2015, with wage increases, bank recapitalisation costs and a drop in corporate revenues offsetting savings from low energy subsidy costs.
Capital spending declined to 5.3% of GDP in 2015 from a long-term average of 7.5%. Public debt neared 53% of GDP in 2015, compared with a peer median of around 43%, and is projected by Fitch to reach 58.4% by 2017.
Tunisia is increasingly reliant on the commitment of official external creditors to plug its foreign financing gap.  In 2015, around half of the government’s financing needs were met through external multilateral or bilateral support, and Fitch expects this support to remain.
A new IMF programme is currently being negotiated, in addition to renewed bilateral and multilateral commitments including US government debt guarantees, French bilateral loans, and new funding from the World Bank, African Development Bank and EU.
Authorities also plan to tap the bond markets following a standalone issuance last year.  Nevertheless, there are risks to the implementation of a future IMF programme and to its success in restoring economic growth, narrowing the twin budget and current account deficits and stemming the increase in public and external indebtedness.
Fitch projects the current account to remain in deficit at around 7.5% of GDP in 2016 and 2017, and for net external debt to rise to over 50% of GDP by 2017.
Share
Facebook
Twitter
Linkedin
Email
WhatsApp
Viber
Pinterest
ReddIt
Tumblr
Telegram
Digg
Mix
Print
Previous articleAUC Leadership Nominated for the New African Woman Awards
Next articleTunisia: inflation drops to 3.3% in February

Malian city of Diabali still under the control of Jihadists