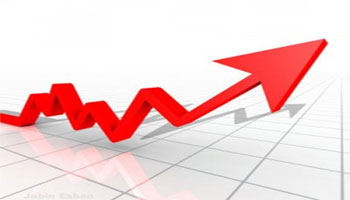 Tunisia had hoped to achieve a growth rate of 4% during the year 2014. “This rate was, however, not reasonable and that is why we had revised it to 2.8%, but we’ll probably do a bit less, ” the Tunisian Minister of Economy and Finance said Monday in a press conference at the headquarters of the BCT.

Hakim Ben Hammouda commented that rate by taking the opinion of the Governor of the BCT who thought it was “a small growth.”

However, it could even fall below this rate, unless the Tunisian economy will manage to achieve a growth rate of 2.8% during the last quarter of 2014, which is not yet clear.

According to a written statement distributed to reporters during the press conference, the Tunisia’s GDP at current prices for the year 2014 will be probably 82,538.8 MTD against 76,350.5 MTD for the year 2013

Tunisia: public debt amounts to 88.5 billion dinars at end of...