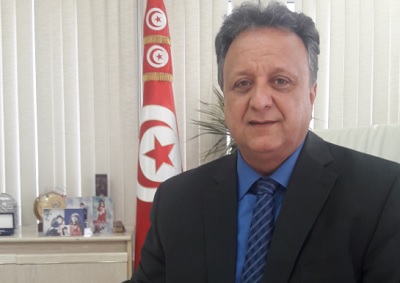 Coming from the private sector where he was Deputy Director-General of UIB until December 2015, Habib Ben Hadj Kouider (HBHK) has been, ever since, at the head of the BNA (National Agricultural Bank), a position he won at the end of a call for candidacy of the Ministry of Finance of the time of the late Slim Chaker.

Having already contributed to the rescue plan of the UIB which led the bank to safety and banker for more than 30 years spent mainly in the financing of the company, Ben Haj Kouider has come to restructure a bank in bad condition and he seems to have succeeded, or on the right track to do so, in view of a result of the BNA which makes record.

The results of the bank for the 2017 financial year have been official and definitive for some time. What were the niches that allowed such a large increase in the result?

We consider that 2017’s vintage was good. This is year II of the bank’s transformation. In this transformation, there is a numbers component and a pure transformation aspect, at the level of the process, the organization and corporate culture.

The advantage of having good numbers is to be able to work in serenity. For 2017, I think that the BNA team, its staff, its social partners, its board of directors, have all moved in the same direction, targeted the same objective and managed to achieve a very good year 2017.

It is for us, a record year, both at the product level, in terms of result and at the level of the sites which were opened.

We have made good progress on all the elements of the BOI (Bank Operating Income), mainly interest and fees, with significant growth rates.

At the level of the result, I must first give credit where it is due and which is our historical portfolio and the actual operation that is the recurring part of the bank. We have therefore achieved something close to 199 MDT of result, including 92 MDT which come from the sale of shares (note: the SFBT).

But, with 109 MTD that come from the recurring activity of the bank and which is a historic record for the BNA which has never exceeded 55 MTD result.

We are very happy, especially since this will allow us to continue our transformation plan resulting from Full-Audit. We also outperform the Business Plan presented to shareholders and I hope we will continue to do so for the coming years.

This upward trend in earnings also seems to continue, according to the indicators of the 1st quarter of 2018!

True. We have just closed the first quarter of 2018 and we are seeing growth, compared to the figures of 2017, growth beyond 26% for NBI, which is very important for us and comforting for the rest of the year. I would also say that it is in line with what we observed in the second half of 2017. In terms of operating expenses, we are practically the same level, except that this time we introduced a quarter of the endowment of guarantee. However, we have a good increase in NBI which augurs, we hope, of a good year 2018.

How did the bank’s key ratios, such as liquidity management and especially NPLs, behave?

For the solvency ratio, we are practically at 8% for the “Tier One”. At the end of 2015, we were barely on the prudential standard of 7% [Note: The Tier 1 ratio expresses the creditworthiness of a bank. The higher this capacity, the more solvent the bank is. The Tier 1 ratio is the ratio between one the one hand own capital (capital + reserves) and the bank’s assets) on the other hand and only 10% of the overall solvency ratio.

Today, we are at more than 12% on the overall solvency ratio. This means that the bank, which has not been recapitalized by the government, it should be recalled, is relying on its own portfolio of stocks that it has used wisely to cover past risks.

I would like at this point to clarify that when we talk about the use of the portfolio, there was also, by this use, a loss of opportunity, to the extent that this portfolio brought us, year after year, some 10 MTD profits. BNA thus did not benefit from the capitalization of the State. She sold part of its wallet and reduced the products it had. But that’s the cost of this capitalization.

At the level of classified debt (NPL), we also fell by 22.6% for NPL exclusive budget funds to 16.72%, so far from the 18% of the Business Plan. We will have gained 5 to 6 points in just two years, which is huge in terms of classified debt. Better still, we have not stopped qualifying the risk by the appropriate class and we continue to clean up our portfolio, to put the bank on a more solid and structurally sound financial basis.

For the net result, many Tunisian banks made money thanks to the assimilated treasury bonds. Is this the case of the BNA and what do these treasure bonds represent in the 2017 profit?

Very low, as our assimilated Treasury bond portfolios are 90% as an investment portfolio. Therefore, there is no discounting impact of flows or products on the bank’s operating account. The contribution of these bonds is therefore relatively low at BNA.

Year II therefore of the restructuring of the BNA and you still do not distribute a dividend. When do you expect to pay your shareholders?

First of all, it should be remembered that a restructuring is to establish the bank on a structurally sound basis. It is therefore necessary to consolidate the financial base, knowing that we did not benefit from a public capitalization. In this case, the distribution of dividends with cash out of the bank would become somewhat problematic. However, we decided to take into account the patience of the market and the confidence of our shareholders, by deciding the distribution of free shares, a new for ten old, as authorized by our board of

directors. We will reward this wise strategy of the shareholders who stay with us in the capital, offering them free shares they can sale on the market, knowing that between the beginning of 2016 and the beginning of 2018, the share of BNA exceeds 14 TND, compared to 8.7 TND a year ago. This is a mark of gratitude for the staff of the bank, its social partners, its Board of Directors and the bank’s management committee, for the financial market and our shareholders.

Like you, the rest of the sector seems to be making more and more profits every year. How can we explain this in an economic and financial crisis situation that has lasted for a few years?

I think there is no financial crisis. Simply economic crisis, in the sense that we do not have the right levels of economic growth…

… There is, however, you agree, liquidity crisis in the financial center!

It is, in fact, a bit tied. When the economic trajectory is not in a high and steep trajectory, the company that does not earn enough money to inject into its operating cycle tends to accelerate the use of credit, hence the increase in banks’ contribution and therefore the rise in the BCT refinancing. And inevitably, the increase in loans with a good risk profile increases the profitability of creditors and therefore banks. However, this should not continue.

Otherwise, the model would collapse, in the sense that the company, each year caught up by economic growth problems, could have difficulties in repayment and in its creditors’ recovery.

So, credit becomes more expensive and it is the banks that benefit the most!

This may not be the most appropriate word. Profits are made to be re-injected into the economic sphere. The bank is not an investor in the stone or in the annuity situations or in a portfolio of shares, but investor in the country’s economy. So I would say that the more money the banks earns, the better it is for the country’s economy. It is not a perversion, but a normal cycle of the economy. It is up to the bankers to try, first, to listen to the company, and then pay attention to certain profiles and credits and advise the client, either not to go or reduce operations for some contributions.