Tunisia: Europe, the friend that wants the best for you! 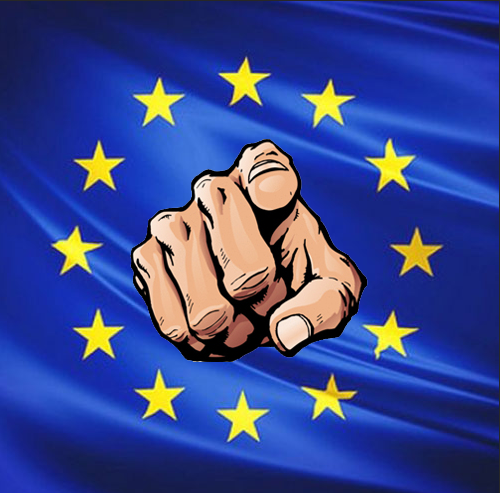 Moreover, that list was made by European finance ministers who have, from the beginning, decided that no country of the European Union will appear in it.

In doing so, Europe, which stands as world policeman against tax evasion, applies to others what it does not apply to itself.

One could even use the British proverb, “The friar preached against stealing when he had pudding in his sleeve”.

In Tunisia, a country dependent on the help of those who claim to be its partners and would like to ensure the total opening of all its borders, land and air, without giving it free mobility, we can only follow the gospel of St Matthew: “So practice and obey whatever they tell you, but don’t follow their example. For they don’t practice what they teach.” Charles De Gaulle said that “states do not have friends, only interests.”

All that said, it is time, in our opinion, first to stop self-flogging and stop the masquerade of the commissions of inquiry * in search of the alibi that would overwhelm the government of Youssef Chahed, because the real stakes of this list, in which Europe has included Tunisia and removed it quickly, are elsewhere.

It is indeed a secret only for the experts of the end of the world and for the crooked politicians that the real stakes of this list are the tax competition and the economic competition between companies of different countries.

Tunisia has been thrown into the dustbin of tax havens, because of the tax benefits it gives to foreign companies and all FDI that choose Tunisia, either to settle or to relocate.

Foreign investors are not mere philanthropists or friends of Tunisia, simply for the goodness of its people, its bright sun and beautiful beaches.

They are, and above all, businessmen and businesswomen seeking to win in Tunisia more than they would in their own countries.

Those who come to Tunisia are looking for better economic, social and fiscal conditions than they have in their countries.

Tunisia is not the only country to grant certain privileges to attract investors. Take the latest French example to date and who has even made the news.

Speaking to Toyota employees Tuesday, Jan. 23, 2018, after meeting with the top businessmen of the world, French President Emmanuel Macron said, “If Toyota decides to invest $ 300 million and create 700 CDI here, it is because you are good.

The example that destroys the myth

In an article on the same day, the French newspaper “La Croix” reframes the French head of state, tells the truth and says that “it is also thanks to large public subsidies: the state has brought to Toyota €15 to 20 million, the region Hauts de France €11 million, the European Regional Development Fund (ERDF) €9 million, agglomeration €5 million.

One would therefore ask the question of whether Toyota or any other foreign investor would have come to France if there were no financial incentives.

In the same article, the president of the region, Xavier Bertrand, gives the answer, anticipating those who criticize, and assuring: “some can tell me that 11 million is too much, but no, because behind it there are jobs “.

If it could, Emmanuel Macron’s France would bring home the 585 MD of French investments in Tunisia which, apart from creating employment, make that the trade balance with France is in surplus with Tunisia.

And if it could, the European Union, Tunisia’s leading trading partner, would bring in 136.7 MTD of German investments and 97.6 MD of Italian investments in Tunisia.

Investment is job creation, a rare commodity in European countries in crisis and where electoral issues are mainly about employment. For Tunisia, the stakes are 400,000 jobs created by exporting companies.

What is the power of the minnow Tunisia in front of its “fake” European friends?

Tunisia does not have the means of France and Europe to attract FDI with the big subsidies they have. For a country indebted to the core, to give wages, pay pensions and try to promote development, fiscal leverage remains its only way to compete with some countries in Eastern Europe, which are also looking for FDI.

A country whose economy is based on export, what could it give other than tax benefits to encourage Airbus, for example, to build some of its aircraft in Tunisia and re-export to France?

For excessively wanting to have cake and eat it too, Europe would become almost the fake friend of a Tunisia that tries to recover from more than 20 years of non-democracy that it has nevertheless encouraged to put down, to restore the economy of a country which is yet its last bastion to the invasion of thousands of migrants of all kinds!

However, it remains to this Tunisia to show more skill in the negotiation, more lobbying among the wise, because they do exist in the same Europe to defend its economic interests and social stability!