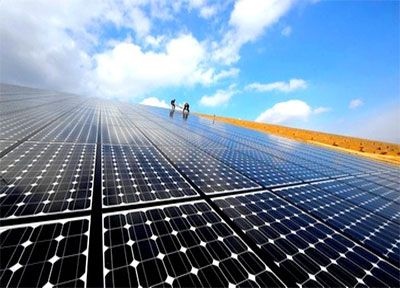 The Solar Plan is moving forward and best of all with largely Tunisian experts and businesses. Following a tender that saw the participation of 64 companies, 6 companies won the deal for the construction of solar power plants of 10 MGW each and four other companies won the contract, 1 MGW each, all for a total amount of € 64 million.

It will be noted that some participants, believing that these were concessions, had put certain conditions, such as that of a state guarantee, and they were rejected, since the contract includes authorizations for private projects that will sell their production exclusively to the Tunisian Electricity and Gas Company (STEG).

We had previously cited the purchasers of 6 power plants, including Etap with the ENI (Photo left). For the small power plants of one MGW each, it was the SMT Sud Multisevices, Fatteh Nadia, who is a young self-entrepreneur girl (Photo right), a grouping between Ameur & Abdelfatteh Hammouda and Nasraoui Khaled.

Tunisian Minister of Energy and Renewable Energies, Khaled Kaddour, who had distributed the authorizations last week, told AfricanManager: “we had very competitive prices, with an average of 0.150 DT for the KW sold to STEG, which represents a very good price for the end consumer, whose energy bill will be lowered significantly “.

In the meantime, the first photovoltaic power plant with a capacity of 10 MGW will be the work of STEG and its production, which will begin in 2018, will be devoted to supplying the electricity grid of the city of Tozeur in the south of Tunisia.

In the same city, the STEG should build a second power station of 10 MGW, not including the 800 MGW private plant whose international tender will be launched shortly, including 50 MGW in Tozeur, which will give a capacity 70 MGW for the city of Tozeur alone.

These projects will be built in a single park which should cover several hectares where the only 10 MGW will require an area of 20 hectares.

This next international tender of 800 MGW should allow the creation of a national solar industry in Tunisia whose base will be the local manufacturing industry of solar panels, already existing and at very competitive costs.

“All these projects, private and public, will be installed on land owned by the State, which will be made available to us by the Ministry of State Property and Land Affairs and will be given in concession,” the Tunisian Minister of Energy and Renewable Energies told

AfricanManager, to answer all the questions that could be raised in this direction, including by builders of the plant.