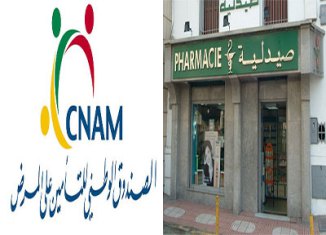 The resumption of negotiations comes after a formal request from pharmacists, who continue to suspend the application of the third-party payment system on the grounds of a delay in the payment of sums owed for several months. This decision was taken by the General Assembly of the Tunisian Union of Owners of Private Pharmacies (STPPP), following the failure of the meeting held on October 7 between representatives of CNAM and the Ministry of Social Affairs. No positive suggestions likely to reassure pharmacists have been made to encourage them to continue working on the basis of the third-party payment system.

At this level, the official added that the return to dialogue comes at a time when the CNAM has paid all the sums due to the providers of care.

The Fund has paid out 31 million dinars between October 10 and November 3, Kamel Maddouri said, adding that the payment of these owed sums continued, especially since the Fund has pledged to continue cover the costs of care to its affiliates, saying it is ready to continue the dialogue to guarantee all the rights of the social affiliates.

This is good news for the 580 thousand subscribers of the system of the family doctor at the CNAM, who runs the risk of being no longer insured, which is a major problem in Tunisia as it faces an economic meltdown.

For several observers, this issue is hard for a large part of the population, considering that the authorities have lost face by yielding too easily to the demands of trade unions.

Yet, on one side and the other, many agree on the need to go beyond the tug of war and engage in an in-depth and responsible dialogue in order to reform the health insurance system so as to guarantee its sustainability and financial continuity.

This dialogue, which is part of a process of partnership and involvement of all stakeholders, should lead to the establishment of technical and institutional prerequisites for certain issues, said Kamel Maddouri, emphasizing the diversification of financial sources of the new regime and cost control through a redefinition of the responsibility of the family physician.

Among the other questions, he expressed his interest in introducing therapeutic prerequisites for the care of those care, revising sector agreements in a spirit of true ad more balanced partnership as well as strengthening prevention and rationalizing the provision of health care, without forgetting the revision of the role of the national health

insurance board as a national body for monitoring, evaluating and regulating the health insurance scheme.

In addition to this action, it is important to consolidate the governance and medical control component while establishing a genuine information system for the health insurance system.

This was indeed the meaning of the social contract concluded on January 14, 2013 between the government, the UGTT and the Tunisian Confederation of Industry, Trade and Handicrafts (UTICA).

This contract, which provides for the creation of a National Council for Social Dialogue, establishes concrete commitments in five main chapters, based on a vanguard and shared vision. These include economic growth and regional development, employment and vocational training policies, industrial relations and decent work, social protection and the institutionalization of social dialogue.

This contract has not been complied with since the date of its signature, which could be detrimental to the credibility of the current government and its predecessors.

It is for this reason that the Department of Social Affairs has chosen to organize a tripartite meeting on Friday, November 11 in order to adopt a work plan for the execution of this contract.

Tunisia to sign two financing agreements with IDB and WB