Tunisia: If it works, it will be boon for investment 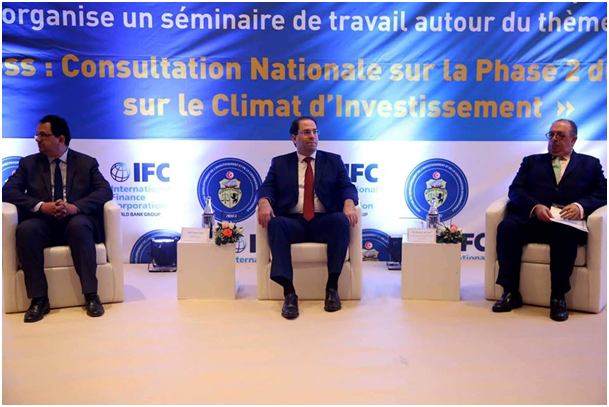 Speaking at a conference on the presentation of the strategy for the improvement of Tunisia’s ranking in the “Doing Business” report Thursday, Prime Minister Youssef Chahed affirmed that Tunisia was able to get out of the rut since 2011 by carrying out very important economic reforms that have positively impacted the index of growth, tourism and investment…

He stressed that his government is committed to following a series of recommendations aimed at improving Tunisia’s ranking in the “Doing Business” report and at achieving the objectives set for 2020, as well as the priorities of the year 2019.

The PM Added members of his government are working hard to create a climate conducive to the reinforcement of investment (facilitation of administrative procedures, implementation of new laws for competition …).

Indeed, he recalled that Tunisia has improved its score in the “Doing Business 2019” ranking, developed by the World Bank in 190 countries.

Chahed said Tunisia’s progress testifies to the acceleration of the pace of reforms targeting the business environment in the country.

On the other hand, the Prime Minister announced that a horizontal bill will be presented to the Assembly of People’s Representatives in 2019, which will allow Tunisia to become the world’s 50th and third in the Arab world and Africa in the Doing Business report, by 2020.

This horizontal law aims to remedy all administrative deficiencies, mainly those concerning the granting of authorizations, improving the investment climate and protecting the interests of investors …, he pointed out.

Chahed also stated that his government works to remove Tunisia from the European blacklist of tax havens and that of high-risk or non-co-operative jurisdictions established by the FATF.

A Cabinet meeting was held on Wednesday, December 5, 2018, under the chairmanship of the Prime Minister to discuss the results of the implementation of the final recommendations aimed at improving Tunisia’s ranking in this report and the objectives set for 2020, as well as the priorities for the year 2019.

Tunisia: Textile exports fall and the year 2009 would not be...