HomeFeatured NewsTunisia: Tabib had to go to Parliament to pick up asset declarations!
Featured News

Tunisia: Tabib had to go to Parliament to pick up asset declarations! 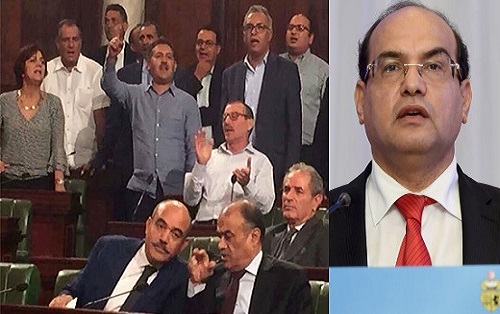 The head of the National Anti-Corruption Authority (INLUCC), the indefatigable Chawki Tabib, went out of his way to have our dear law-makers deign to comply with the law on the declaration of assets, a law that they have themselves made and voted without being asked, it must be remembered. It is an absolute paradox, but there is not one in the land of jasmine, so…

The strangest thing in this case is that even the two heads of the executive and that of the legislative – the head of state, the prime minister and the speaker of Parliament – have long dragged their feet before going to Tabib, superbly ignoring the educational value and the weight of the example of such a gesture.

Recently, the President of the Republic has done it, but we still know nothing about what Youssef Chahed and Mohammed Ennaceur have done or not. Total mystery.

So, the president of the INLUCC has changed gear to hit his targets. He focused on MPs, the largest battalion among political leaders. And here they do not skimp on the means: A mobile office was set up by INLUCC at the Assembly of People’s Representatives (HPR), at the elected gentlemen / ladies to allow this very special group to fulfill their duty.

Well, let us keep our cool; we will take stock at the end of the process…

It should be noted that this small citizen fervor in Parliament did not fall from the sky, it took, all the same, an awareness day organized by the INLUCC in Parliament on November 27, 2018, during which Tabib had to shed his sweat. He even made a powerful speech betting in particular on the fact that MPs would be the first to submit to the asset declaration procedure, especially since they are the ones who have legislated on this issue.

It needed at least that to correct a big anomaly, knowing that the INLUCC had started since October 16, 2018 the receipt of asset declarations in its premises in Tunis, and that so far MPs have not beaten up the doors.

This is the same for the ministers, whether those freshly named in the Chahed 3 Government or the “old”.

You can imagine the damage that this behavior provokes in the minds of common people, who are hammered all day long with the sacrosanct principle of respect for the laws…

The problem is that according to Article 50 of the law on the declaration of assets, the fight against the conflict of interest and the illicit enrichment in the public sector, people concerned have two months (60 days) to file their declaration with the INLUCC as of the publication of the relevant application decrees.

And so far less than half of our dear MPs have declared their assets, while the legal deadline expires in just 10 days.

There are the elected but there is also a slew of officials, journalists, administrative staff, etc., who have not yet moved a finger.

It’s a big worry! There are certainly gaps in the organization of this affair, communication flaws, and a history of tight deadlines, which Tabib himself has recognized, but there is also the fact that it will probably require many years so that citizens, some of whom have a lot of things to hide, strive to join in the ranks…

Tunisia and Jordan speed up pace

Tunisia: Syphax Airlines authorized to operate from all Tunisian airports