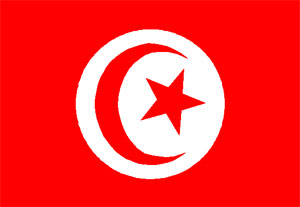 At the meeting attended by over 300 participants from 25 members of the Union for the Mediterranean, Med4Jobs, a Mediterranean initiative for Employment was launched.

It is a regional program developed by the Secretariat of the UfM to increase the employability of young people and women in the eastern and western Mediterranean region.

The program will identify and disseminate existing best practices and promote the implementation of concrete projects aimed at bridging the gap between job offer and demand.

Med4Jobs is meant to be a coordination initiative for the implementation of cooperation projects in the field of job creation and business development. The program is spread over three years and aims to train more than 80,000 students in several countries such as Tunisia, Morocco, Algeria, Jordan, Lebanon or the Palestine. The objective is also to create 50 startups throughout the Mediterranean region.

As part of this meeting, two memorandums of understanding were signed. The first is a financing agreement between Shekra Fund, Crown Fund and Injaz Al Arab. It aims to provide funding opportunities for start-ups and young entrepreneurs with innovative business ideas in the south of the Mediterranean. The second MoU was signed between the Secretariat of the Union for the Mediterranean and the Tunisian Union of Industry, Trade and Handicrafts (UTICA) with the aim of strengthening support to SMEs in the Mediterranean countries, thus contributing to the development of the private sector and to job creation in the Mediterranean region.

With an average unemployment rate of 25 %, the program estimates that southern Mediterranean countries need to create 22 million jobs by 2020 to meet the demands of new generations of young people and women who will enter the labor market.

On the sidelines of this meeting, a survey on the situation of the labor market in Tunisia was unveiled by TNS Opinion, the international consulting firm specializing in surveys of multinational opinions. It appears that one out of five Tunisians is affected by unemployment and non-employment is more severe among women than among men. 44 % of the population still remain optimistic and believe that unemployment and the crisis situation will improve in the next two years.

The survey showed, moreover, that the fear of Tunisians to lose their jobs is lower in the South. Uncertainties are more pronounced among young people and among the most educated respondents, especially in the center of the country, for example in Sousse and Kairouan.

However, over two-thirds are determined to fight in order to keep their jobs in the coming months.

According to the barometer, the majority of respondents no longer believe in lifetime employment and the period of work in a single employer does not exceed five years.

The survey showed, moreover, that entrepreneurship in Tunisia is considered problematic for women, seniors and youth. Opinions differ with regard to the ease of starting a new business in the country. However, almost two- thirds of respondents say they are familiar with the procedures required to start a business.

Medic West Africa to enhance healthcare education in the region