HomeFeatured NewsTunisia-Kerkennah tragedy: after the emotion, the pressure on the authorities...
Featured News

Tunisia-Kerkennah tragedy: after the emotion, the pressure on the authorities… 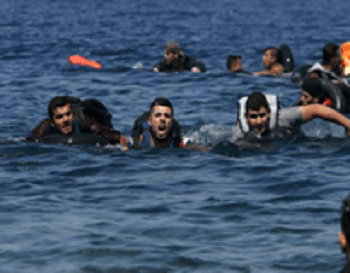 The wave of illegal immigration of young Tunisians is growing every day, especially to France and Italy, especially Lampedusa, a small Italian island half-way between Tunisia and Sicily known to all since the Tunisian revolution to be the door of the Eldorado of illegal migrants.

This phenomenon still causes many victims and sparks many debates: Why such an influx of immigrants to Europe? Why do they take risks like suicide? Why? They find themselves faced with a difficult choice: “To advance is to die; to retreat is to die. So, it’s better to move forward and die. “

Recently, at least eight migrants died drowned in the sinking of their boat which collided last Sunday with a Tunisian military naval unit off the islands of Kerkennah.

This case has caused a lot of ink to flow on social media about the circumstances and causes of the collision.

It is in this context that the Office of the Military Prosecutor said Wednesday that it was “too early” to determine the legal responsibilities in that accident.

“The investigation is continuing, immediately informed of the accident, the military prosecutor’s office of the Sfax Permanent Military Court of First Instance has initiated an investigation to determine the responsibilities,” he said.

In a statement granted to AfricanManager on Thursday, 12 October 2017, president of the Tunisian Forum for Economic and Social Rights, Messaoud Romdhani, called on the defense ministry to open an in-depth investigation into the circumstances of the case.

“We are calling for an investigation into the circumstances of this incident and we are very committed to unveiling the whole truth,” he said.

A sit-in in solidarity with the families of the victims and people missing during this accident was organized on Thursday October 12 at 5 pm outside the municipal theater in Tunis.

On another aspect, he assured that following the events of the Revolution of January 14, 2011, Tunisia experienced a large wave of illegal migration to the Italian coast, pointing out that the difficulties encountered by young Tunisians in their country push them to prefer the exodus, even illegal

Today it is urgent to call the problem of illegal migration a real priority and to give a strong signal on the willingness to provide solutions to the various socio-economic problems.

It is in this context that strengthening the competitiveness of the economy and improving the efficiency of the private sector are also among the best solutions that could make an effective contribution to the promotion of youth employment.