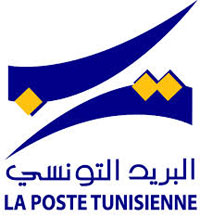 A project to support the Tunisian Post was launched Tuesday, with the preparation of a strategy to develop action plans for the different Post trades and strengthened management and organization.

The two-year project is funded by a donation from the European Union of around EUR 1 million about 2.33 million dinars) and will be implemented as part of a partnership with two French bodies, “Expertise France,” public agency for technical cooperation and the Group
“La Poste” that will provide technical support and business expertise to the project, according to documents distributed at the project launch seminar.

The project will help strengthen the competitiveness of the Tunisian post and discover new niches of activities, said Mrs. Armelle Lidou, Head of Cooperation at the EU Delegation in Tunisia.

CEO of the Tunisian Post Moez Chakchouk stressed the importance of clarifying the relationship of this utility with the state and financially supporting it so that can continue to offer its universal services and play its role in territorial anchorage.

The Tunisian Post which has 4 million investors, including a large number of small investors, seeks to become the first partner of small and medium enterprises in the country.

Strengthening health workforce in Africa: a priority for the AfDB