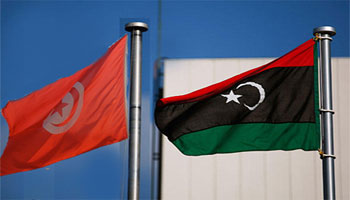 The Tunisian airports of Tunis-Carthage, Monastir, Sfax and Enfidha will accommodate Libyan planes from next week at the latest, after the decision to open the national airspace to them, Transport Minister, Anis Guedira said Sunday.

Welcoming at the port of Goulette, Tanit ship from Genoa (Italy), the Minister added that the Libyan side has started the final phase of preparation of its flight plan.

Guedira boarded the ship carrying 600 Tunisians travelers at the beginning of the return season of the Tunisian community living in Italy and other European countries on the occasion of Ramadan and the summer holidays.

The minister highlighted the improvement of services provided to customers and stressed the concern of his department to identify shortcomings in order to correct them in the future.

On customs measures to facilitate the transit of Tunisians travelers, Guedira said measures have helped to reduce delays in the departure of Tunisians at the port.

Tunisia will enter an uncertain period, without a compromise in coming...