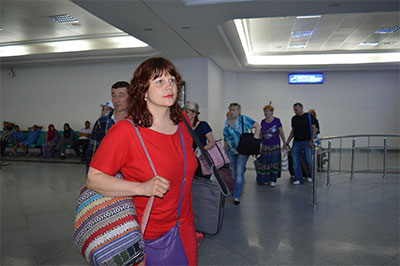 7,000 Russian tourists have arrived at Djerba-Zarzis from March, putting the Russian market on the second rank in the region after France.

The meeting held by 80 Russian tour operators Sunday in Djerba shows Tunisia is a safe country, stressed Kalboussi, adding that these tour operators will, on their return to their country, June 8, 2016, pass on a reassuring message on Tunisia, contrary to the warning recently issued by the Russian Federal tourism Agency.

The Commissioner of Tourism said only 1% of Russian reservations was canceled, despite this warning.

Efforts continue to publicize the Tunisian destination, said Kalboussi, placing emphasis on the consolidation of the security system within the hotels and across the island of Djerba.

He also reported the re-opening of 22 hotel units, in the light of the success achieved by the pilgrimage to El Ghriba and the return of Czech and Portuguese tourists in particular.

Tunisia: Thalassotherapy sets sights on Africa, the Gulf and Asia

Tunisia: The total number of women entrepreneurs estimated at 18,000