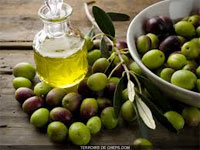 According to the National Office of Oil, the overall exports of olive oil totaled 26,000 tons for a total value of 104.2 million Tunisian dinars, during the first four months of 2014, including 60 MTD of packaged olive oil exports, while the quantity exported during the same period in 2013 was 100 thousand tons for a value of 400 MTD.