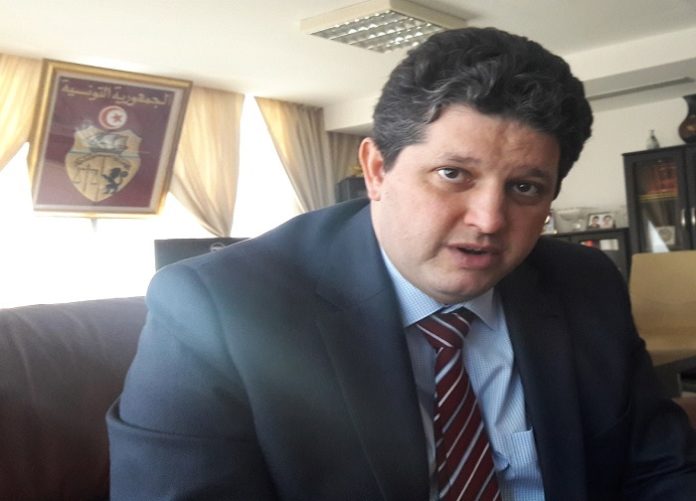 He is a trained agronomist, the son of a farmer and who, in 2011, tested agricultural unionism where he was a member of the executive committee of UTAP.

He leaves the agricultural trade union organization, when his former classmate offers him the portfolio of Secretary of State for Agricultural Production that will lead him to that of the Minister of Trade.

Omar Behi clearly understands his file, follows the market prices and knows his figures and accurately recounts the performance of the sector he is responsible for and remains in the footsteps of his boss Youssef Chahed, who is frankly optimistic about the development of the economy.

With him, AfricanManager talked about the new figures of foreign trade, inflation and … cars.

The first figures, official but not yet published by the INS, indicate a clear improvement in Tunisia’s trade, with a 39% increase in exports and 25.5% in imports and a 7-point improvement in the coverage rate. How do you explain these figures for the first month of 2018 and are they cyclical or do they constitute a real trend that sets in?

The figures are clear. They show a 39.4% rise in exports, which reached 3.1 billion dinars. They come from the 3 main positions which are the mechanical, electrical and electronic industries with figures up from 950 MD to 1,270 MD, the textile where our exports rose from 500 to 750 MD and food products, oil and dates, which saw their exports increase from 250 to 500 MD. A significant increase of an average of 250 MD per product and this augurs well for the year 2018 which will be, hopefully, a good year for export.

For exports, what is the trend according to the figures you have and the order books that you are certainly aware of?

We expect a rise of 20% for 2018, to reach 50 billion exports in 2020, through the same three export drivers, namely textile, mechanical, electrical and electronic industries and agribusiness.

There was the mining sector, which is now at a standstill with the strikes resuming again in 2018. One wonders how far and how much exports will be able to hold without the input of the phosphate industry?

The phosphate sector is indeed at a standstill. We are in talks to try to find an agreement. The minister and the secretary of state are working hard on it. I think that it takes a bit of common sense for everyone. The sector has indeed recruited a lot.

In 2010, 8.5 million tons were produced per year. In 2017, we barely exceeded 3 million tons. The drop is significant. This has a negative impact, while it could help the recovery from which we now see the beginnings.

Opposite, you do not fully control the evolution of imports

What is good is that we have already reversed the trend. Imports are now growing at a slower pace than exports. This resulted in an improvement in the coverage rate. We thus went from 64% in January 2017 to practically 72% in January.

I would like to point out that the coverage rate has improved by 10 points for companies in the general or on-shore regime.

I would also note that the decline in imports has not affected the raw materials and semi-products that are needed for industry and export.

The measures we took a few months ago, since October 2017, to control imports and which were behind this drop in imports have affected finished products and non-essential products, as well as the declaration of the country of origin of import.

All this has contributed to the decline in imports and even contributed to a relative stabilization of the price of TND in the last three months and has not exceeded the symbolic mark of 3 TND for 1 € and that’s a good thing.

I insist that we are not in favor of the ban on imports and that we believe that the best way to improve the trade balance is to boost exports.

As a result, exports are improving, and if this continues, as foreign currency reserves improve and the general economic situation improves, we could even review the measures taken to limit imports and even abandon them.

The other ratio that still escapes the control of the government and the Ministry of Trade is inflation. Tunisia finished 2017 with 6.4% and it seems that in January it will reach a new peak of 7%!

For inflation in January 2018, the official figure of the INS indicates inflation 6.4% and this is logical with the 1% increase in the VAT which has an impact of 0.8. Inflation is no more than 7% and that’s a good thing, thanks to the work of the control teams at the rate of one campaign per week since January.

Now, we are tough through the law that allows us to shut down the shops of offenders and prevent them from obtaining subsidized food. We made 40 closure decisions and 40 prohibition orders for wholesalers, particularly in the month of January alone.

Inflation is primarily an effect of lack of production and declining productivity. This, not to mention the inflation driven by the depreciation of the TD. Stabilizing the Dinar, as we do now, increasing exports as we are succeeding in it and trying the productivity of labor.

Prices have not fallen, since inflation continues to rise!

I do not agree. Prices of fruits and vegetables have dropped. Tomato, for example, dropped 55% from last year, pepper fell 35-50%, peas 35%, eggs and chicken stabilized, prices of red meat have slightly increased and we try to regulate with the import.

Where does the rise in inflation come from?

I did not say that there are no other increases, such as industrial products under the influence of the finance law and the increase in energy prices. There is also imported inflation. We are not sitting on our hands. We are active and responsive, through control and regulatory import. However, we lack staff, since we only have 400 field controllers for the whole country.

The Prime Minister had met a few weeks ago supermarket managers. Have you noticed a drop in prices on their part?

The effort, in terms of lower prices, has to be provided throughout the distribution chain, from farmers to traders.

For supermarkets, they have to master their margins thoroughly, otherwise we risk inflationary pressures and they make efforts.

We asked them, for example, for fruits and vegetables to apply a maximum margin of 15% from the Bir El Kassaa (Tunis Wholesale Market) market price, and they do.

We also provide imported meat for sale at 17 TND for boneless meat and 11.7 TND for unboned meat. They stick to it and we stay in discussions with them.

We have learnt that the government’s pricing strategy is to move towards price accuracy with better targeting of aid to the poor. Do you confirm this approach?

This is in fact to better target compensation and revalue prices at the same time. It’s not about going straight to the truth of the price. Prices would then go up a lot and in a short time and that’s not our goal.

There is currently work to identify the priority targets for subsidy by the Ministry of Social Affairs. We also know that there are 250,000 needy families, 750 thousand people already benefiting from the reducing CNAM ticket, which is already a little more than 2 million people, but we are targeting a larger population, with a fairer targeting to directly distribute subsidy in anticipation of the revaluation of prices.

How much could be the amount of this direct subsidy?

It is on average 100 DT per inhabitant at the scale of Tunisia. The whole country is not needy, direct subsidy per person will be much higher than this amount and we would like to start this operation in 2018 for staple products, such as bread, oil, sugar, milk, tea, coffee and pasta. Once the targeting is completed, the prices of these commodities can be revalued.

For the moment, we are working on all the scenarios in cooperation with the national organizations, to choose the best solution to reform a compensation system that has demonstrated its limits.

Many also blame the Ministry of Trade for the multiplication of Franchises, deemed as a waste of foreign currency by the fees they generate and as a danger for small trade.

There are in fact about thirty and I will add that many are free, as for clothing, are not subject to authorization. In a logic of free trade, there are rules of games that must also be respected. Those of agri-food products are under authorization. But importing a brand is also a sign of reputation for foreigners and tourists and it exists everywhere in the world. It is also true that franchising is not always a sign of success. Some even closed, even in food.

If we are in a logic of free trade, why then the Ministry of Trade would impose on car dealers an annual import quota with an entire administration dedicated to it?

Car imports represent an annual amount of some 1,400 MD in the official circuit. It’s not cheap and it’s in foreign currency. It is also a consumption that impacts savings, inflation and the Tunisian economy in general.

Through this system of import limitation, depending on the history and sales of each operator, we are just trying to control these foreign exchange expenses.

And besides, this distribution is done by the dealers themselves through their trade union chamber.

Before 2010, there was a compensation system. We need a balance system for our imports. Moreover, the increase in the number of dealers is not a good thing without added value for the country.

And I am in a logic of encouragement to those who add value. You have to make a connection and why not think about restoring the system of compensation. We think about it, although there are procedures that need to be checked with WTO, but I think that’s the right solution.

You say you want to reduce the import of vehicles. You still close your eyes in front of the parallel market in this area and that does not represent little!

There are in fact between 15 and 16 thousand going through the systems, the RS and the FCR. There is a government direction to review all this and better control the FCR.

SAA gets new A320 aircraft

Fuel prices go up in Burundi