Tunisia: Marwane Abassi, or the dangerous temptation of the fictional economy 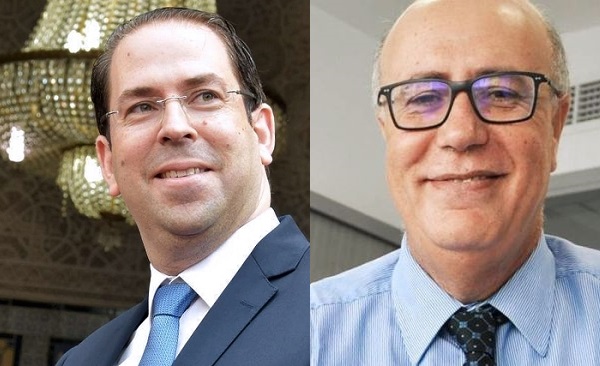 Marwane Abassi is landing at the BCT with the list of his diplomas and long service records, and all the country’s problems are solved.

Production restarts, everywhere, as if by magic. The CPG ends the sit-ins and other harmful operations, and began exporting massively. All sectors started to export. Currencies are pouring in and, mechanically, because of the abundance of supply in foreign currencies, the erosion of the dinar is halted; the currency regains vigor and value, and begins again to reach the summits before all its post-revolutionary troubles.

The state, whose coffers are rapidly filling up with tax revenues, pays better its staff, who work hard and show diligence in handling cases, particularly those related to investment; the whole economy of the country derives a great benefit.

The bankers, who have their pockets full, finance entrepreneurs by the hundreds, by the thousands … We must stop here our fictional economy, looking like April Fools before the hour, and face reality: Chedli Ayari leaves but the country’s problems remain…

It must be recognized that this departure, or rather its timing, still had some panache. Indeed, it took place just before the planned lynching of the now former governor of the BCT. By handing in his letter of resignation to the Prime Minister on Wednesday, February 14, 2018, Ayari pulled the rug out from the “snipers” of the Parliament, who drooled in advance about the idea to afford the scalp of one of the highest authorities of Tunisia.

The ex-boss of the country’s most powerful financial institution spared a bloody parish, and in doing so spared citizens the heart-rending show of MPs who intrude into subjects that they absolutely do not master.

So Thursday afternoon’s meeting at the House of People’s Representatives (HPR) would be a rambling chat, to finally knight the new governor of the BCT.

Apart from this personal gain for Ayari, for his honor, his dignity, about which economist Radhi Meddeb was concerned, there is the gain for the institution.

Indeed, by pulling the carpet under the feet of the gunslingers of the parliament, the former governor of the BCT spared his institution a naming and shaming exercise that was going to throw the shame on an institution that was regularly ridiculed since the crazy rumor of gold bullion that it would have handed to Leila Trabelsi.

If it were enough…

This is the end for Ayari, another trophy for Youssef Chahed. The demon of human sacrifices came back to haunt the Kasbah Palace. The head of the BCT governor went to enrich the beautiful collection of the Prime Minister! Time has not changed anything, he continues to think that by cutting a head and offering it to the detractors, everything was going to work out mechanically.

If it were enough to sacrifice someone to solve all the problems, that would be known. The departure of Lamia Zribi from the Finance Department, who has been accused of aggravating the erosion of the dinar by her shattering statements, has not settled the affairs of the national currency. The ejection of Néji Jalloul from the Ministry of Education has not calmed the teachers, who are also on strike on Thursday for the same perpetual reasons.

And finally, last argument in this sense, the fact that 7 prime ministers have come and gone at the Kasbah for 7 years without this improving one iota the situation of the country, on the contrary, is the proof that the creator, salutary human sacrifice remains a view of the mind at the best of times, and wishful thinking at worst.

It is not one, two or three heads that must be cut to save Tunisia, but hundreds, even thousands.

In any truly democratic nation in the world, what Chedli Ayari said about the ton of correspondence sent by the CTAF to the government would have been enough to trigger a parliamentary inquiry, but not like the one on jihadist sending networks or on the repression of April 9, 2012, which exploded in full flight, but a real investigation to determine the responsibilities and impose the necessary sanctions.

An institution that controls the monetary policy subservient to political power, which by definition is subject to popular pressure and the dictates of the winds of elections, it is unthinkable with the Federal Reserve in the United States, with the Bundesbank in Germany, the European Central Bank, etc.

Yet in Tunisia, this is tolerated. Better, or worse, the Constitution gives the opportunity to the Prime Minister to dismiss the governor of the BCT without even stating the motive, which happened with Ayari.

Suffice to say that the organic law which, theoretically, sets the mandate of the boss of the BCT to 6 years is all bluff. Before Ayari, Mustapha Kamel Nabli had been removed by Moncef Marzouki for a very futile, derisory motive, without even making fuss, except that of Nabli, who defended himself energetically and brilliantly at the parliament, in vain.

If Abassi cannot get rid of this Damocles sword on his head – the possibility of being dismissed at any time – by claiming and obtaining true independence for the institution, he will not move an inch.

Simply pleading not guilty, even brilliantly, without having the means of his policy, to change things, will lead to the same psychodrama as with Ayari, for the biggest misfortune of Tunisia, less and less understood by its foreign partners…