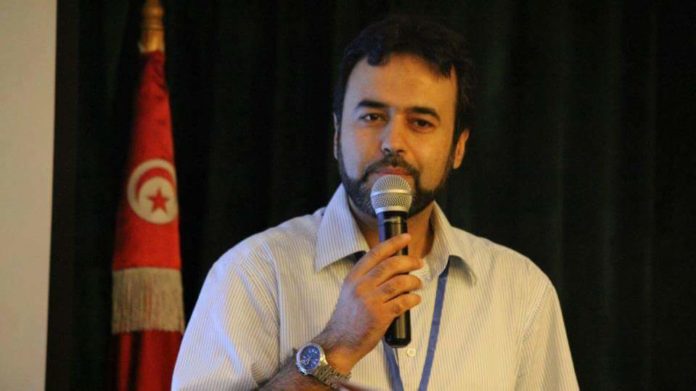 In an exclusive interview with African Manager, Nabil Kesraoui, former President of Transparency First AND member of the Committee on transparency and open government in the Ministry of Finance called on the authorities to adopt a new fiscal communication strategy.

The new strategy, proposed by the civil society, will be instrumental in the development of tax compliance while creating tax fairness by strengthening fiscal transparency.

The Association “Transparency First” and other associations now call for the introduction of a new fiscal communication strategy… Which role could be assigned to this initiative?

This proposal is part of citizen participation in areas of general interest. The tax issue is an important area because tax represents more than 90% of own resources of the state. A good fiscal communication strategy will be essential for tax fairness and therefore to contribute to the development of the country.

How do you assess the current fiscal communication strategy of the Ministry of Finance?

In the absence of medium and long term objectives to be achieved and also human, material and financial resources, we can not talk of fiscal communication strategy.

Currently, the media presence of the Department of Finance in terms of tax amounts to an appearance at the beginning of the budget year to announce the budget structure and analyze taxation.

The total lack of fiscal marketing has created a major gap between the expectations of the tax legislator and practices of the taxpayer. The first wants to improve the efficiency of tax and improve fiscal transparency to achieve a minimum of tax fairness, while much of the taxpayers seek tax evasion by excellence (the flat tax regimes), or even tax disobedience like professionals who do not want to apply the provisions of Article 22 of the 2016 Finance Act.

In assessing the current communication strategy, you said that some measures were already included in the budget law for the year 2013. Can you give us examples and how the new strategy will be able to meet this challenge?

The 2013 Finance Law had instituted a fee of 2 TD per night per resident aged over 12 years that should be collected by Tunisian hotels. This fee was supposed to finance resources of the compensation fund. This measure was rejected by hoteliers. The parliament was therefore forced to cancel it in 2014.

A good communication policy through tax marketing, press articles, TV shows to explain the grounds for the new measures will contribute to taxpayers’ endorsement of the application of these measures and the achievement of objectives of economic development.

What are the objectives of the new communication strategy?

The fiscal communication strategy proposed by the civil society aims to communicate periodically with taxpayers on taxation in order to develop tax compliance, change attitudes and achieve fiscal equity through strengthening fiscal transparency.

It aims in the same context to reduce tax evasion and tax risk for taxpayers.

How to achieve these objectives through the recommendations of civil society?

The recommendations proposed by the civil society revolve around a few points.

First, strengthening fiscal communication on a permanent and planned basis and this, through weekly tax topics in the press and radio and TV broadcasts to simplify taxation for the taxpayer and regional forums on tax at the beginning of each year to communicate on the Finance Act.

Added to that, broadcasting documentaries on comparative experiences of tax systems in the world and their impact on development and quality of life while standardizing the charter of taxpayers that shall be communicated to them at the beginning of the tax audit operation in order to make tax audit procedures clearer.

The charter of taxpayers must contain the obligations of the taxpayers, the timing of the tax audit and taxpayer rights in this fiscal control phase.

The Civil society also calls for the creation of an online forum of Tunisian tax which will allow, among others, online tax consultation, production and sharing of resources while being attached to the new legislation and finally, the publication of the administrative doctrine online to reduce the fiscal risk. This administrative doctrine should be classified by subject for easy search via a search engine.

Other suggestions have been made as the establishment of the institution of the tax ombudsman, established by the Finance Act 2011 and the clarification of its role towards the different stakeholders in order to avoid automatic taxation without forgetting the resumption of fiscal training and communication sessions for new investors and for each new licensee to inform them on their tax rights and obligations (e-learning courses).

Is it possible today to reform the tax system?

Tax reform started in recent years and is not yet complete. This is due to the tax risks for taxpayers which are increasingly important in the presence of increasingly complex (over 400 articles in 6 years) and unstable taxation. Need we recall that certain tax measures were abandoned after a year while other cyclical fiscal measures have been implemented for a short period.

What is the role of civil society in this process?

The Civil society’s role is to be a force of proposal and monitoring of tax reforms. This can be achieved within the Committee on transparency and open government to implement the principle of citizen participation.

But unfortunately, the Ministry of Finance is currently preparing a law on tax benefits without the consultation of civil society.

The civil society seeks to advocate for fiscal transparency and fairness in order to reduce inequities that have increased in recent decades and contribute to boost development.

Here we go for the ambitious plan for the energy sector...