Tunisia-road infrastructure modernization: 700 km and 23 works at 60% in areas affected by unemployment 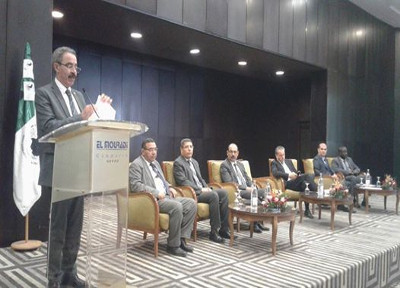 It is strategic, the Minister has added, noting that this project worth 855 million dinars and 3.3 million dinars for technical assistance will strengthen positive discrimination, while improving the quality of the road network mainly in inland areas and opening up real opportunities for investment.

Mohamed Salah Arfaoui noted, in this context, that the amount allocated to technical assistance will support the country’s efforts in establishing the foundations of a modern infrastructure.

“This work will materialize only through achieving stronger and broad-based growth, deepening reforms and strengthening infrastructure,” the minister also said, noting that the launch of PMIR is at the heart of the regional development strategy for the period 2016-2020 aimed at upgrading of disadvantaged areas.

68% of roads will meet international standards

Mohamed Salah Arfaoui secondly focused on the strategic role of the project that will enhance the modernization of road infrastructure. “Efforts are combined to ensure that our roads meet international standards and that is why this project aims to achieve this goal,” he said. He added: “our goal is to enable our roads to better comply with international standards with a rate of 68 percent.”

The minister also said that the project will affect approximately 700 km of Tunisia’s main and secondary roads, not to mention 23 works.

Regarding the components of this project, Salah Zouari, Director General of Roads and Bridges, said they are focused on the development of roads, technical assistance with periodic maintenance to meet this challenge.

In the same context, the official said the project that will target 21 areas will start in early April and run for a period of three years.

Moreover, works for the realization of the first phase will start soon and be completed in 2017, while the second phase will begin in 2017 and will continue until the end of 2018.

The launch of this project was supported by the African Development Bank (AfDB), as a strategic partner in its financing. Indeed, this financial institution contributes 400 million dinars under a loan granted to the Tunisian government.

AfDB Operations Director for North Africa, Jacob Kolster placed emphasis on this project that targets systematic inclusion. “This project will be inclusive, since 60 percent of the planned investments are dedicated to regions most affected by unemployment, deterioration of infrastructure, but also marked by the absence of connectivity to economic centers,” he noted.

The official was optimistic, especially since this project will certainly ensure access to economic opportunities, since it will address the problem of road sector reform, through the development of an upgrade study to be financed by the AfDB.