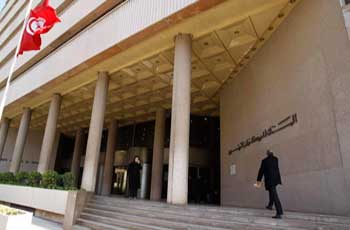 The Executive Board of the Central Bank of Tunisia held its regular meeting on March 30, 2016 where it was informed of the main recent developments in the international economic situation and reviewed key economic, monetary and financial indicators, as well as changes in national economic conditions.

The Board meeting discussed some issues relating to the development of the activity of the banking sector and the evolution of transactions on the money market and the foreign exchange market and monitoring by the central bank of the operation of these markets.

About the activity of the Central Bank, the Board noted the contents of work of the Monetary Policy Committee which met March 28, 2016 and reviewed proposals put forward to strengthen the policy instruments of the central bank to regulate the money market liquidity.

After deliberation, the Board decided to keep the key rate of the Central Bank unchanged.