Tunisia: modest financial market with a paltry contribution to the economy 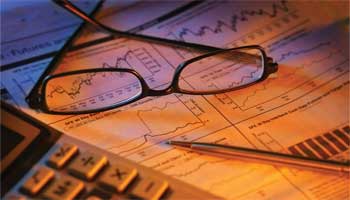 For its 20th anniversary, the Financial Market Council (CMF) has organized things the right way: an event marked by the presence of the financial elite of the country, including Governor of the BCT, Chedly Ayari, Minister of Economy and Finance, Hakim Ben Hammouda and several economic actors and representatives of the Exchange and the CMF .

Opening work of this meeting, Minister of Economy and Finance Hakim Ben Hammouda stressed the need to continue reforms to increase the attractiveness of the Tunisian financial market and consolidate its role as a lever of investment in light of the national and also international economic context.

This necessarily requires, he says, achieving a qualitative leap on the way of modernization by providing the Tunisian financial market tools empowering it to legitimately aspire to be in the long term “a regional financial center.”

He further clarified that, given the important role of the financial sector in the financing of domestic enterprises and in accelerating the growth momentum, this sector has consistently been at the center of interest of Tunisian public authorities, in light of which a number of reforms have been adopted, and this since the enactment of the famous law No. 94-117 of November 14, 1994 on the reorganization of the financial market.

Ben Hammouda, however, stressed that although considerable progress have been made over the last twenty years in this field, the target is not yet fully achieved as evidenced by the low financing rates of private investment via the stock market.

It remains, he also said, undeniable that the economic recovery and achieving a strong and sustainable growth cannot rely exclusively on bank debt, noting that growth should primarily feed on structural reforms and a strengthened cash flow of businesses in particular through the use of the financial market.

For his part, the Governor of the BCT reaffirmed the role of the capital market in mobilizing long savings which should be encouraged by any advanced economy to promote healthy and sustainable funding, noting that the enrichment of the financial landscape through alternative and complementary sources of bank financing also appears a necessity.

He called, in this regard, to set up a reliable and adequate infrastructure and an appropriate and continuously enriched regulatory framework while guaranteeing optimum protection of investors, recalling that easing access to finance and encouraging IPOs are also among gains aimed to develop the financial market, particularly through the creation of alternative market for the listing of companies with more flexible conditions.

Other draft reforms, he said, are at a fairly advanced stage, including for instance a thorough overhaul of the regulations on the banking business and the legal framework of the BCT or the draft cooperation agreement for the financial stability to be concluded between the various financial sector regulators to facilitate cooperation between different financial regulators in the exchange of information and control.

Despite the efforts made, the share of the financial market in the financing of the economy remains modest in comparison with bank financing.

As to the Chairman of the CMF, he said that the CMF seeks to fulfill its regulatory mission, to ensure compliance with the market operating rules and punish any violation of the laws and regulations in force.

Since its inception, the CMF Board has conducted 424 investigations, 344 of which were initiated on complaints and denunciations external to the CMF, including 80 investigations originating from alerts by the technical structures of the CMF as part of their supervision mission.