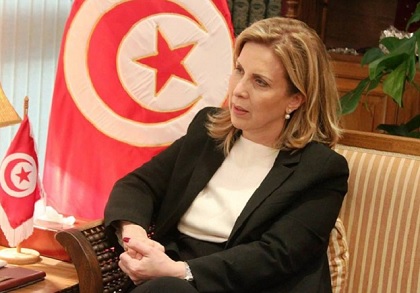 “Open skies are important for tour operators because they will have their own aircraft and it will be cheaper for them [to fly to Tunisia], Selma Elloumi Rekik said at the World Travel Market London 2017.

He added in a statement reported by TTG Media that she hoped discussions would conclude by the end of the year, but that they may be held up due to Brexit.

But while an open skies agreement with Tunisia could open up the short break and city break market in the country, in the short term its priority remains raising awareness about the destination as a safe place to visit.

The minister said visitor numbers were on the rise since the UK Foreign Office relaxed its travel advice for Tunisia earlier this year: “It is important to make clear that the decision on security was made independently, and it was not a political one,” she stressed.

Year-to-date the country has seen a 23% increase in overseas arrivals, with a particularly strong increase from France and Germany (48%). Belgium and the Scandinavian markets are also growing fast.

Elloumi further indicated: “While the British market and other traditional markets are very important to us, we are working on new ones.”

Such new markets being targeted include India and China, and when Tunisia made a visa exemption agreement with China recently (meaning Chinese visitors can get their visa at the airport), it saw a 300% increase in arrivals “immediately afterwards”.

Tunisia has been working hard on updating its product and service levels as well, she underlined, adding, in this vein, “We are in discussion with lots of tour operators like Tui and Thomas Cook around training hotel staff.

“We are improving the quality in all the services linked to tourism, and we are including education in our schools too to give children good skills and training them up to the expected levels,” Elloumi stressed.

Another area in which Tunisia is diversifying its offering is in its targeting of the luxury market: in the next month the Four Seasons Tunis will open its doors – “one of the world’s biggest tourism brands”. Other existing product has also been overhauled.

In terms of marketing, Tunisia has a program in place with partner tour operators, and the Discover Tunisia website has also been updated and is now available in nine languages, including Chinese and Russian – a new market for the country.

Statement attributable to the United Nations Resident and Humanitarian Coordinator in...