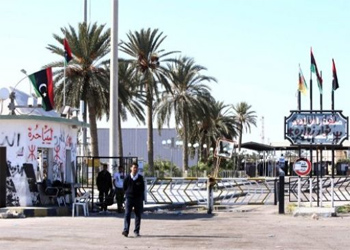 The Libyan Information Office of “Fajr Libya” has called on the Libyan national salvation government to respond quickly and to get in touch with the Tunisian authorities to solve the problems of undue congestion at the border crossing of Ras Jedir and the attitude of Tunisian border agents towards Libyan passengers.

According to the information relayed by the same source, Libyan passengers who want to travel to Tunisia are harassed by agents and are forced to wait long hours (nearly 23 hours) to access the Tunisian territory.

On another aspect, the Libyan site has accused France of maneuvering and exerting pressure on Tunisia to disrupt the proper functioning of the Libyan national salvation government, saying, in this respect, that that the Tunisian authorities have already canceled all Libyan flights to Tunisia and continue to harass passengers at the Ras Jedir border crossing.

“The attitude of border agents towards Libyan passengers is not satisfactory and is contemptuous; the Tunisian authorities should give priority to Libyans and not to foreigners.”

Asked by Africanmanager about these “allegations,” Mohamed Ghodhbane, Commander and Chairman of the Executive Board of the Union of Customs, said “the precarious security situation and arms trafficking impose measures of prudence and vigilance. Tunisian border guards warmly welcome Libyan passengers and do not target any person.

At present and as the 2014 presidential elections are approaching, we are called to verify the identity of all passengers regardless of nationality, and to neutralize any threat of a terrorist nature or infiltration weapons targeting the country’s stability.” He has said.

On the occasion of the presidential election scheduled for November 21, 22, and 23, 2014, the Crisis Response Unit has decided the closure of the border crossings of Ras Jedir and Dhiba.

In a statement given to Africanmanager, retired colonel, Mokhtar Ben Nasr said “the decision to shut down the crossings and Ras Jedir and Dhiba is necessary and aims to properly secure the Tunisian-Libyan borders against any terrorist infiltration.”The military and security institutions are vigilant and are deployed on the entire country in order to ensure the organization and success of the presidential elections,” he added.

Responding to a question on the information relayed by the Al Arabiya channel according to which a Tunisian terrorist announced on twitter that the terrorist organization Daech (Islamic State of Iraq and Syria) would be 60 kilometers from the region of Ben Guerdan, Mokhtar Ben Nasr categorically denied this, stating that it is a “cowardly” attempt that aims to sow panic among Tunisian citizens.