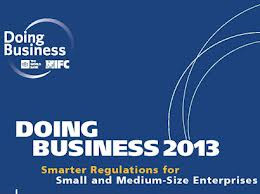 The new Doing Business report from IFC and the World Bank recently published “smart regulations for small and medium enterprises” for the year 2013, a report on the new opportunities for improving the business climate in the Middle East and North Africa.

Doing Business ranks Tunisia 50th in the world, ahead of Morocco in 97th place, followed by Algeria in 197th position.

In the entrepreneurship Component, Tunisia was ranked 66th behind Morocco 56th, followed by Algeria in the 156th place. With regard to granting of building permits, Tunisia ranked 93rd, while Morocco occupies the 79th rank ahead of Algeria ranked 138th.

At the connection to the electricity network, Tunisia is ranked, according to Doing Business in 51st position, followed by Morocco in the 92nd place and Algeria 165th.

Nearly 2,000 flights across the UAE per day  report

Kamel Néji to Africanmanager: Our results are consistent with the...