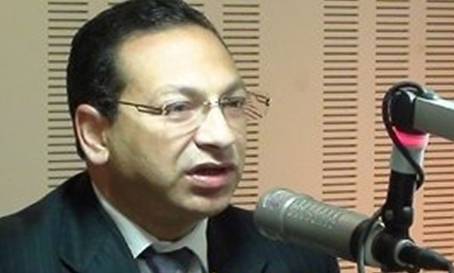 Financial risk expert, Mourad Hattab, said Tunisia is under the effects of a terrorist war that will generate extra political pitfalls, but also the emergence of risks further weakening the state, besides the expected consequences for the Tunisia’s sovereign rating.

For him, the solution is security-related but also economic conducted by a government staff responsible for establishing diplomatic action of large range, multidimensional cooperation in particular in the fight against terrorism with international ramifications and mobilizing funds through boosting relations with our traditional partners.

The security and military units have certainly achieved success in the recent attacks that took place in Ben Guerdane, but what about their economic impacts?

Terrorist attacks always inflict great suffering and material damage. Beyond the loss of lives and destruction of infrastructure, they repel foreign capital, cause uncertainty and lead to distortions in the allocation of internal resources as well as indirect costs from the security measures enforced.

The latest wave of terrorism suffered by Ben Guerdane will certainly reduce the inflow of foreign capital, over time, causing a drop in tourism and the volume of foreign direct investment flows which is currently in decline by 42% compared to the previous year.

Finally, the strengthening of security measures will entail indirect costs. However, these are economically unproductive, mobilize scarce resources and increase the cost of transactions, which sometimes weigh heavily on foreign trade.

Terrorism extensions on the capital markets are often a combination of these effects.

Terrorism which has been hitting Tunisia for a certain period now will also cause significant harm to international trade, especially due to the strengthening of the necessary security measures.

A trade flow analysis on more than 100 countries in the 1998-2007 years has shown that in case of doubling in the number of terrorist attacks, the trade volume between two countries edges down 15 to 25%. Hence, a sharp decline in welfare gains. This is obviously expected in terms of transactions between Tunisia and Libya.

All stakeholders emphasized the need to activate the anti-terrorism fund, is it the right solution to meet the challenge?

Finance Minister Slim Chaker signed late in November 2015 an agreement for the creation of a special treasury fund of fight against terrorism that is manageable by the Prime Ministry.

The government is responsible, in a first stage, to inject five million dinars into the fund, supposed to help the state fight terrorism and to pay compensation to families of martyrs of the security and military institutions. This allocation is deemed very low considering the scale of the challenge and terrorist threats to the country.

In a statement released Friday, March 11, 2016, the Tunisian Post announced the opening of an account for Tunisians living at home and abroad to collect funds for the fight against terrorism, while noting that the account was opened in the name of “Fund of fight against terrorism” and is intended to allow Tunisians to contribute to the national effort in this area.

However, we would not expect a collection of quite substantial sums to contribute through resources mobilized for that account to significantly combat the scourge of terrorism that is ravaging the country.

The operation is rather symbolic to unite Tunisians around several worthy causes like the support of the security and military institution and assistance to the victims.

It should be recalled that the fight against terrorism especially in the medium to long term is extremely expensive and, for information, budget allocations, as such, amount, for the year 2016 to 4,000 million dinars, with an annual increase of more than 25% since 2014.

The recent attacks come at a critical time when several economic sectors are experiencing major problems, not to mention the rather delicate social situation, how do you see the next step especially in view of the Libyan crisis?

Tunisia has been living for a few months sectoral crisis that affected several economic sectors. These include, at this level, the fall recorded in the activity of the dairy sector, the decline of the potential of the poultry industry, sluggishness faced by other sectors related to the severely damaged tourism, agriculture and manufacturing, in particular the leather, footwear and textiles and clothing industries to the point that we are speaking of the phenomenon of stagflation which is characterized by the observation of a significant deflation combined with the decline in the rate of growth of gross domestic product.

Parallel to what has been mentioned, last January was marked by a serious social crisis that has caused great panic among decision-makers who have presented to this end unrealistic and impractical solutions.

The protests movements can arise at any time.

In this context, the specter of systemic risk is raised. This is a risk which is, by its magnitude, following a series of recurrent and severe sectoral crises can seize up the entire financial and economic system, and cause significant losses to agents that compose it. The drying up of liquidity in a market, the propagation and amplification of risk, the difficult quantification of potential maximum loss, the lack of trust among economic agents or bankruptcies are characteristic signs of a systemic crisis.

Interest is currently focused on the fight against terrorism while many experts have warned against the proliferation of economic terrorism. What do you think?

To a large extent, we are now focusing on the terrorist threat but what is worrying is that we can not manage adequately the ramifications and risks of this threat.

Generally no effort is done to quantify the extent of the threat to manage it and hedge the risks associated with it especially economically.

Few studies in Tunisia and the Arab world have focused on the phenomenon of economic terrorism. The current situation in our country marked by a rise in acts of terror requires returning to the study of this scourge.

The Geneva Centre for Security Policy has defined in 2005 economic terrorism as organized and targeted acts that would be led by local or transnational entities for the financial and economic destabilization of a State or group of States for ideological or religious reasons.

Economic terrorism perfectly takes advantage from the economic consequences of its action in showing countries where it acts as weak, unable to counter its action, so unreliable to the economic interests of foreign investors, and dangerous for visitors. It can also attack major interests such as critical infrastructure. Terrorist movements also play in economic matters, especially, on the media effect to amplify the psychological impact of their action.

Do you think the current government with the policy conducted is able to meet the challenge and achieve the objectives of the revolution?

Currently, we can consider that our country is facing a terrorist war that will further result in political deadlock and a sense of fear among investors and large sections of the population, which could cause the emergence of risks weakening state structures and institutional instability aside of the expected consequences for Tunisia’s sovereign rating by rating agencies and the deterioration of our relations with our traditional partners and international financial institutions which observe the situation with great concern.

Recent terrorist waves may bury the possibilities of redressing the fundamentals of the Tunisian economy and the Tunisian dinar and find solutions to social shocks that hit the country as a whole.

In the current state of affairs, the solution must primarily have a security aspect, but it must also be fundamentally economic conducted by governmental staff, really working efficiently around a core of true renowned skills who will be responsible for: diplomatic action of large range, multi-dimensional cooperation, in particular in the fight against terrorism with international ramifications and the mobilization of funds through boosting relations with our traditional partners, bilateral cooperation agencies and major international financial bodies to meet the bill of the wave of economic terrorism that has heavily hit the country and which is close, in the short term at least, in terms of direct cost to three billion US dollars per year, while offering maximum stability guarantee.

Wanting to prolong indefinitely a mode of governance that shows considerable limitations due to the incompetence and the marginalization of large capacities of management and leadership is ending up in one way or another further weakening state structures and possibly the nation.