Tunisia: rejection of lifting of bank secrecy, who benefits? 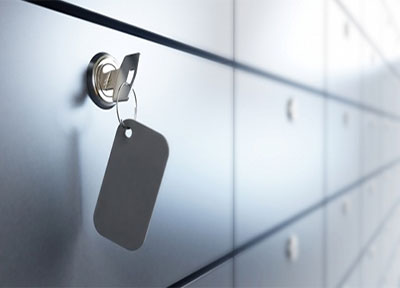 Article 30 of the draft budget law of 2017 on the lifting of bank secrecy was rejected by the Finance Committee of the House of People’s Representatives (HPR). Between supporters and detractors, the article has so far raised an outcry. MPs of Ennahdha and Nidaa Tounes voted against this law; they even strongly supported its rejection, calling on the government to put in place, first and foremost, the necessary guarantees to pass such laws.

Speaking on Express Fm, Popular Front MP Mongi Rahoui, for his part, considered that all democratic and developed countries have adopted the principle of the lifting of bank secrecy and that the only countries that have not done so are those that are called tax havens.

For his part, Mohsen Hassan, former Minister of Trade, said in a statement to AfricanManager on Thursday, November 17, 2016 that the lifting of bank secrecy is introduced in the Supplementary Finance Law of 2014 on all natural persons and legal entities and companies subject to in-depth tax audits, in accordance with Article 12 of the Finance Act for that financial year, while respecting a period of 72 hours.

He also said that what is new in this draft finance law 2017 is the lifting of bank secrecy without prior authorization (judicial request), indicating in this respect that this is a good initiative but that cannot be applied at this time.

Moreover, the former minister in the Essid’s government said in order to lift bank secrecy, the rights of all stakeholders must be guaranteed, lest this measure be used for other purposes, especially since the Central Bank of Tunisia (BCT) is now facing an enormous liquidity problem to finance the country’s banking system and economy.

Mohsen Hassan added, in the same vein, that lifting bank secrecy without guarantees and without prior authorization will further strengthen the liquidity crisis and deepen the financial problems of the banking sector, especially as commercial transactions are carried out more in cash.

The priority, he said, is to develop e-money and fight against the parallel market, which accounts for more than 50% of the country’s economy, and it is from that moment that one can speak of lifting bank secrecy without writ petition.

“This proposal could only be implemented after at least two or three years,” said Mohsen Hassan, noting that the fight against money laundering is one of the prerogatives of the Central Bank and not the government.

Economic expert Achraf Ayadi spoke of the existence of two major problems in Tunisia with bank secrecy. Contacted by AfricanManager by telephone, he said that the first is that the scope of exceptions to the agreement of a judge’s warrant only concerns scrutiny by the tax authorities when there is a strong suspicion of fraud.

“We all know that this exception is not sufficient to counter the endemic phenomenon of tax fraud and that, moreover, the law is little or not applied enough,” he said.

The second problem, and not the least, is the lack of confidence of Tunisian citizens in public servants. In reality, no truly effective and binding enforcement mechanism obliges them to respect professional secrecy. An extension of bank secrecy exceptions may turn, according to some, into a vast game of blackmail and corruption.

“The crisis of confidence, indeed, aggravates the opacity of the economic system,” added Ashraf Ayadi.