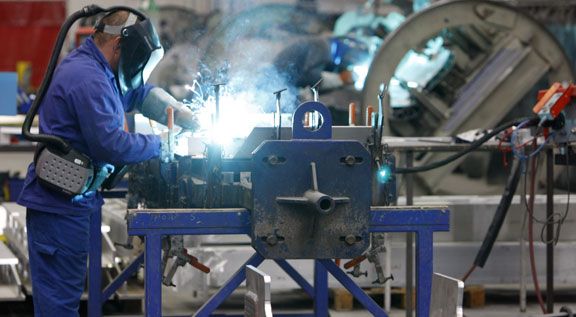 The volume of reported investments in industry has increased by 16.8% in January 2020, compared to the same period in 2019, to 402 million dinars, the Agency for the Promotion of Industry and Innovation reported Monday.

Reported investments in services went down 48.8% in January 2020 compared to the same period in 2019 to 64 million dinars, according to the same source.

Reported investments in the mechanical and electronic industries grew 117.3% to 200 million dinars.

As for the leather and footwear industries’ sector, it posted an increase of 135% to 1.1 million dinars.

With regard to textiles and clothing, reported investments saw a 77.9% decline in January 2020, compared to January 2019 to 7.2 million dinars. The same is true for construction materials (-24.7%) and food processing industries (-31%).

The investments involved, in particular, new creations at 266 million dinars, up 116.7%. As for investments in exporting companies, they went down 60.9% in January 2020, compared to the same period in 2019.

Statement by the Human Rights Commissioner on the amnesty in Egypt...

Tunisia: free trade zone to be established in Ben Guerdane