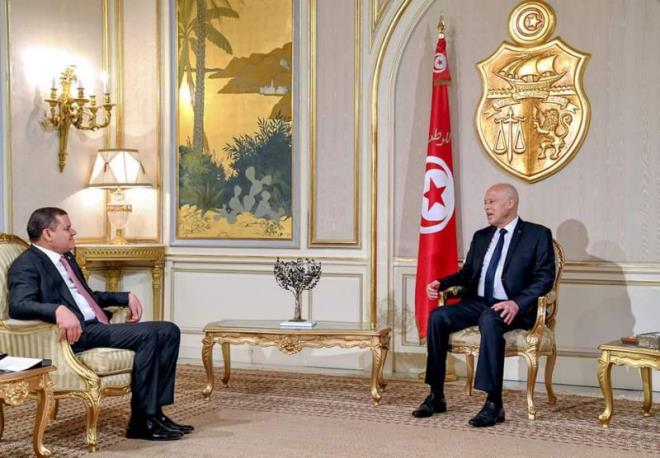 Securing the borders, the fight against terrorism, health and the movement of people and goods were the focus of the meeting of President Kaïs Saïed, Thursday in Carthage, with Prime Minister of the Libyan National Unity Government Abdel Hamid Dbeibah.

The meeting was also an opportunity to review the fruitful cooperation ties between Tunisia and Libya, and to focus on the unity of destiny and interdependence of development, stability and security of both countries, said a statement of the Presidency of the Republic.

Emphasis was also placed on the imperative to protect bilateral relations against “all attempts to disrupt”, to ensure a better future for the two brotherly peoples “according to a new concept”.

The two sides also agreed to boost the action of the relevant structures in both countries to overcome some problems relating to health and the movement of people and goods between the crossing points as well as the issue of debt and participation of Tunisian companies in the reconstruction of Libya.

The President of the Republic and the Libyan Prime Minister also discussed the issue of coordination and exchange of information to secure the borders and the fight against terrorism, organised crime and threats to the unity and stability of the region.

Appointments of Singapore’s Non-Resident Ambassador to the Argentine Republic and Singapore’s...