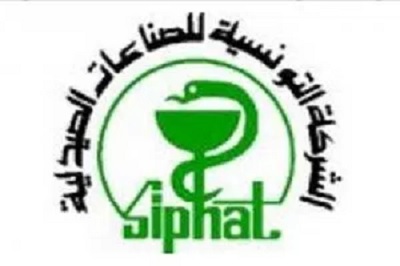 The Company of Pharmaceutical Industries of Tunisia (SIPHAT) said it has achieved a turnover increase of 2% in the first half of the year, compared to the previous year to 16.7 million dinars representing 34% of the expected turnover in the 2018 projected budget.