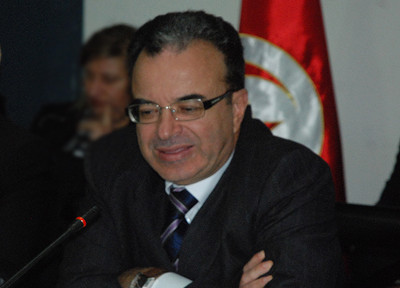 At a hearing session at the House of People’s Representatives on Thursday, July 14, 2016 on the draft law on amendment of the legal system of tax incentives, Finance Minister Slim Chaker said the tax measures are the least of worriers for investors who want to set up projects in Tunisia.

This statement came just after an avalanche of criticism leveled at that bill by members of the Committee on Finance, Planning and Development at the HPR.

“Investors’ problems are not tax incentives, which are negligible compared to the investment decision,” assured Slim Chaker, believing that tax measures rank 7th or 8th.

The minister said in the same context that the investor takes into consideration several criteria before even seeing the tax measures. The first criterion is the stability of the workforce (the availability, cost and level of training …), infrastructure (availability of industrial zones, transport, telecommunications, electricity, water and logistics …), the laws in force and how they are respected and the administration (the waiting time, the complexity of procedures).

“All these aforementioned criteria are taking into account before the tax measures, when making an investment decision,” assured Slim Chaker.

“Today, the tax measures are not more than a single element for the investment decision. They are close to 0, “added Slim Chaker.

Regarding the opinion of the members of the Finance Committee on that bill, MP representing Ennahda Mohamed Ben Salem has proposed a comparison between the current and the new text of the bill and another with competitor countries.

According to him, the current period requires a special code encouraging local and foreign investors. “Tax measures do not encourage many investors seeing the instability and the deteriorating social and security situation in the country,” he said, estimating that the country needs very encouraging tax incentives today.

Meanwhile, Deputy Moncef Sallemi described the draft law amending the tax incentives as acceptable compared to other countries, however, calling for focusing on the export component.” It’s primordial! Tunisia cannot get out of the crisis and create jobs without expanding exports, “he pointed out.

Hedi Ben Brahim, MP representing the Ennahda and Vice-Rapporteur of the Finance Committee, said the old tax measures have shown their limits, unlike the current bill that looks promising.

However, he criticized the Ministry of Finance for not taking into consideration the state budget in the new code. The absence of measures to encourage Tunisian companies to invest abroad was also denounced.

Another MP called to give more benefits to women and young people wishing to invest in inland regions, considering that in the new code, priority was given to industry at the expense of agriculture.

For his part, Slim Besbes, member of that committee, expressed his opposition due to the fact of relocation of tax measures and their grouping into a new tax code. “The natural place for tax measures is in the investment code,” he said.

Slim Besbes also denounced the establishment of a flat-rate scheme for SMEs, thus calling to set up a realistic tax system that can effectively contribute to the development of investment and to help turn on the country’s economic machine.

MPs also called for giving importance to companies in difficulty and encouraging, among other, high value-added sectors, not just disadvantaged areas.