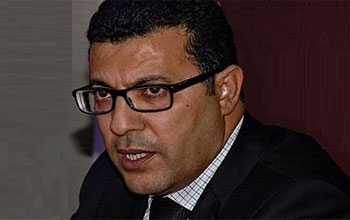 In an exclusive interview with African Manager on Wednesday July 13, member of the Popular Front Mongi Rahoui said that the resolution of the crisis in the country hinges on the establishment of a revolutionary government that would take into account the objectives of the revolution.

According to him, a figure from the opposition will be the best choice to meet this challenge.

The opponent has also warned against the political crisis that continues to worsen, especially that it is playing a negative role economically and socially.

With the intensification of consultations to form a new national unity government, where Tunisia is going in this new political marathon?

The situation was almost considered by many players and observers. A certain responsibility is shared by all parties in some areas. Nevertheless, Tunisia is facing a very serious economic and social crisis. The latter is due to inefficient choices, unable to ensure development and achieve the major economic balances.

But how to explain this?

It’s simple. There is no clear vision to establish bases or economic mechanisms and laws to boost investment and subsequently ensure economic recovery.

The same goes for the social aspect. We are already suffering from the lack of social programs that would address major issues including poverty and unemployment.

Politically, it is considered that the country faces a political crisis and a subsequent crisis of power. This also explains the inability of the ruling party to support the government in place or also to introduce adequate programs to address the current crisis and meet the needs of the people. Add to that the conflict underwent by Nidaa Tounes, which caused a climate of mistrust between the party and all Tunisians.

This situation has served the Islamist party, Ennahda, which remains the party that runs the country. The latter took advantage of the collapse of Nidaa Tounes and therefore we note the transfer of power from the first party to the second, without officially announcing it.

Apart from this crisis, we are also facing a crisis within the executive.

What does that mean?

We are facing a conflict between President of the Republic, Beji Caïd Essebsi and Prime Minister, Habib Essid. This conflict continues to grow because the president wants to make changes to the Prime Ministry while Ennahdha then said it was attached to Habib Essid.

The initiative launched by Beji Caïd Essebsi to form a national unity government has proved the failure of the government.

What are the implications of such a conflict on the general situation of the country?

With all this, we are faced with a caretaker government. And therefore the ministerial team of Essid lost their powers, causing a blocking in administrative services.

I think this team are still unable to adapt to the changes experienced by the country and the situation is becoming increasingly difficult, especially in this phase marked by the proliferation of political tension between coalition parties.

We would have wanted to see parties working in synergy and harmony to get out of the rut, but now, the reality is different, especially since each of them is looking for the right opportunity to serve its own interests. Therefore, we are at the heart of a very serious economic, social and political crisis. And the political crisis will be exacerbated, especially that it is playing a negative role economically and socially.

What are the concerns of opposition about this situation?

The situation is on the verge of explosion. All indicators confirm my assumption, especially with the rise of social discontent, the marginalization of inland areas and regional exclusion.

What is your view on the next step?

The next step requires a strong political will, while relying on a clear vision to be able to overcome the crisis. That remains dependent on two essential conditions. They are social justice and equality before the law.

Will the initiative launched by the President be a fresh start to begin the necessary reforms or a new factor to trigger a new political crisis?

This opinion is personal. Tunisia could be saved, if there really is a will to achieve this. But if we also want to generalize failure through the consultations that the ruling parties are conducting the situation will be catastrophic.

Be careful, the ingredients are there for a new popular uprising.

What are the criteria for a government that would be able to lead the country in such a situation?

Solving problems requires the appointment of a revolutionary government that will take into consideration the goals of the revolution.

Of course, we talk about the fight against corruption, the absorption of the thorny problem of unemployment and promotion of disadvantaged regions.

What would be the best profile to accomplish this mission?

Without mentioning a specific name, a personality from the opposition will be the best choice in my opinion to meet this challenge … The opposition is largely capable of solving the problems of the moment.