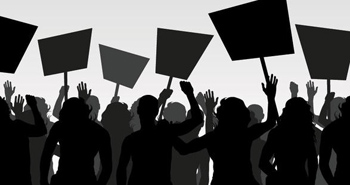 Tunisia is experiencing severe social tensions that have brought about protest movements affecting several vital sectors, including transport, education, phosphate and in the future public health whose officers will be staging, next Tuesday, a 2-hour rally outside health facilities.

The tension has been rising for weeks because of “broken promises of the government.” This has quickly caused the anger of agents operating in these sectors who threaten to raise the tone to push the authorities to respond favorably to their demands.

For many observers, this new crisis aims to use strong arm tactics with the government that is in the process of formation and on which there are protracted consultations.

These are ‘strong’ pressures, causing huge losses. This is particularly the case for the strike of CPG staff members which has had a negative impact not only on phosphate production, but also on commitment to customers of the company’s.

Indeed, losses estimated at 0.7% of GDP were recorded, according to the Minister of Industry, Mining and Energy, who pointed out that the disruption in the production of phosphate had generated losses of 3 billion dinars between 2011 and 2013, i.e. the equivalent of the amount of credit extended by the IMF to Tunisia. ”

These losses were recorded at a time when the trade deficit had worsened considerably in 2014, reaching “a worrying level” of more than 13.63 billion dinars, according to the latest statistics released by the National Institute of Statistics (INS).

What about economic growth?

Similarly, these losses and this climate of disruption only delay economic growth, commented Fethi Nouri, economic expert, adding that this is a bad sign for a country that has successfully completed its electoral processes and works today to finalize its transition to ensure a dignified life for all people.

“Tunisia is facing several economic problems and political wrangling as well as social demands which continue to grow, especially lately. All this could only worsen the situation, the first victim of which is the citizen, “said the expert who stressed that” citizens are now dearly paying the price of a policy led by an invisible hand in order to cause disorder.”

According to Fethi Nouri, Tunisia, with all these indicators, risks becoming an ungovernable country in the absence of the state, especially as the Tunisian people have been badly living since the outbreak of the revolution.

The expert has also said we may not capitalize on the gains made since the fall of the ousted regime. Worse, economic recovery in this situation seems difficult.

A heavy responsibility rests with the future government of Habib Essid whose composition is still pending. This is a bad sign that should be taken into consideration in order to find a solution to this crisis, he said. “It is more imperative than ever to announce the composition of the government,” said Fethi Nouri, considering that the establishment of a work program for the next five years is essential to meet this challenge.

This approach could be achieved only if the social partners recover their main roles. “Partners are called today to return to their basic status providing better protection for citizens so that we can meet the targets, i.e. a growth rate of 3% in 2015”.