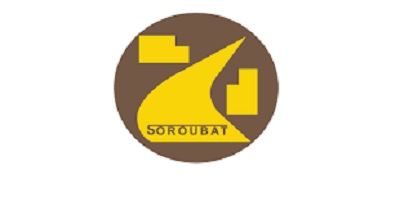 A consortium composed of the Burkinabe Company GLOBEX Construction and the company SOROUBAT, a subsidiary of the Tunisian group headed by Noureddine Hachicha, won the tender for the construction and asphalting of the Boulevard des TANSOBA, in Ouagadougou.

The contract worth 20.6 billion CFA francs, the equivalent of nearly €31 million, is to be implemented in 24 months.

The financing of the project is provided by the West African Development Bank (WADB) and the State budget of Burkina Faso.

The decision was announced by the Council of Ministers held in Ouagadougou on Wednesday, February 12, 2020, under the chairmanship of Roch Marc Christian KABORE, President of Burkina Faso.

The SOROUBAT Group has developed a real strategy aimed at promoting its activities outside the borders and its establishment in the African continent.

This is how its subsidiaries in Libya, Algeria, Ivory Coast, Burkina Faso, Togo, Benin, Cameroon and Chad came into being.

Currently, the Group is made up of 16 subsidiaries in Tunisia and Africa.