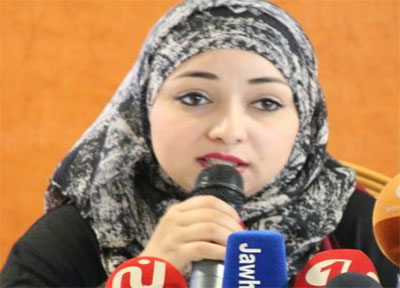 In an interview with African Manager, on behalf of the organization I Watch, Manel Ben Achour

announced the publication of a study on the system of national governance.

The results of this study showed that Tunisia is still far from the goals set for good governance and efficient national transparency system.

According to the document, ISIE is among the first institutions that have a moderate system in terms of transparency system, with 79 points out of 100. However, the ombudsman, who is responsible for the fight against corruption, was awarded 24 points only…

I Watch emphasized the necessity to classify the fight against corruption as a priority of the incumbent government and the Parliament to establish the foundations of good governance.

Can you introduce this study?

Developed by a group of experts, this study aims to analyze the system of national governance while trying to know the level of transparency in several companies that play a key role in the fight against corruption.

Throughout this process, we have adopted evaluative steps to meet this challenge.

I take this opportunity to remind that this work is part of the accession of Tunisia to the international movement aimed to assess the rates of governance adopted by companies and institutions tasked with that mission.

Starting from this idea, emphasis was placed on the economic, social and cultural bases that are in strong relation with the realization of a set of principles, including democracy, economic development and human rights. These are in fact the bases for a system of national governance.

This is why we consider that this study is of particular importance, especially after the publication of the Corruption Perceptions Index in 2013 and 2014, which warned against the proliferation of corruption in Tunisia. According to figures released by the anti-corruption organization Transparency International, Tunisia is in the 79th place with a score of 40 out of 100, while in 2013 it had obtained a score of 41.

Therefore, it is a crucial step because it is a work developed in other countries which number is 100.

What are the companies involved in this study?

This study included companies that are responsible for the fight against corruption. Through this investigation, we tried to analyze 13 pillars which play a key role in this process.

These pillars have also involved the parliament, the executive and the judiciary. For the public sector, we focused on public administration, companies responsible for implementing the law, the Independent High Elections Authority, the Court of Auditors and the National Anti-Corruption Authority.

Other pillars have also been studied. These include the media, civil society, political parties and other companies.

We tried to analyze these 13 pillars on the basis of 150 indicators, i.e. 12 indicators for each pillar.

These indicators relate to resources, independence, transparency, governance, executive control, participation in the effort to fight against terrorism…

Each time we tried to analyze the existing legal framework and practices by these companies.

Has I Watch presented the study to the relevant structures?

Certainly yes. The study, which run over a period of two years (January 2014-December 2015), has gone through several stages; Furthermore it has been reviewed by Transparency International before being published.

A copy of this study was transmitted to all the concerned enterprises, to later take into consideration their views on this.

What are the results of this study?

Unfortunately, Tunisia has been able to collect only 49 points out of 100 points. So it is still far from the goals set for good governance and efficient national transparency system.

What are the affected institutions?

This study was able to demonstrate that ISIE is among the first institutions to have a moderate system in terms of transparency with 79 points out of 100.

However, the ombudsman, which is responsible for the fight against corruption, has been credited with only 24 points. Such a classification has prompted us to ask several questions.

What are your recommendations to fill the gaps?

Tunisia is called to end this thorny problem of corruption. This subject should be classified as one of the priorities of the government in place to establish the foundations of good governance.

This is important insofar as this approach will help the country meet the challenges that are economic, social or security.

As regards the parliament, we recommend accelerating the adoption of the law on the administrative and financial independence of the Assembly.

The legislature is also called to fix its logistics and human resources, while working to establish the mechanisms of good governance.

In the same context, the Parliament is required to classify the fight against corruption in the list of priorities, while controlling the executive.

For ISIE, proposed the acceleration of procedures for the activation of the basic status of this body, which is still a simple project.

Regarding the ombudsman, it is time to revise its judicial system, while turning it into a public enterprise. Among other suggestions, it is recommended to revise the conditions for the appointment of the ombudsman and the publication of the annual report of that body.

What are your next steps to help eradicate corruption?

This study is considered an evaluation for our country in terms of transparency and good governance. This work will be enriched by another study that will be developed during the next year.

Through this approach, we would assess the policy pursued by the authorities in the fight against corruption.