What political instability would cost the Tunisian economy: experts speak out 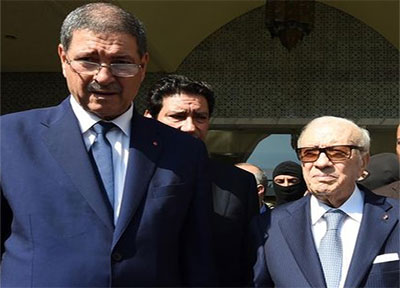 That’s almost two months since the Presidency of the Republic, through the voice of the man in charge, Beji Caid Essebsi, launched his initiative for the formation of a new unity government.

This initiative has ever since driven politics into the corner, especially as observers point to a deadlock on the name of the future prime minister.

Such a situation may affect an economy eroded by the informal, undermined by strikes and corporatism and therefore faced with a worrying slippage in public spending.

Experienced economic experts speak therefore of the risk of collapse and certainly of a year 2017 that is more dangerous than 1986. The reason is simple: political instability.

The urgent need for change

Contacted by African Manager, he pointed to the current economic situation that continues to deteriorate and no longer able to withstand future crises. The impact will be felt in many vital sectors such as tourism, which had begun to get back on track, industry or investment, already blocked, says the economist, not to mention the phosphate sector. This inevitably will lead to a climate of recession or decline.

Apart from this recession, Moez Joudi said he was concerned that the House of People’s Representatives (ARP) does not vote the supplementary budget bill before the summer recess. This is serious, our interlocutor further said, adding that in such a situation where the forecasts set by the current government are being questioned, we must catch up and adopt a new supplementary budget law for us to adapt to the changes experienced by the national and regional situation.

For his part, economist Sami Arfaoui warned against the instability of the political stage that would therefore disrupt the adopted economic policy. “The sudden change in the political situation may be catastrophic, especially in this phase where the current authorities are preparing to implement the new 2015/2020 five-year plan,” the economist told African Manager.

He added: “But now they are facing a blocking due to the non-publication of the investment code, which does not encourage investors including foreigners to inject new capital into the country and Tunisia’s economy.”

It is clear that this blockade has resulted in the collapse of the Tunisian dinar, which will subsequently have a direct impact on inflation for a country that imports more than it exports. Indeed, export earnings have posted a decrease of 1.3% at the end of last month, compared to the same period of 2015, to 14.255 billion dinars while imports grew 1.5% reaching 20.289 billion dinars. The trade balance deficit has reached 6.034 billion dinars in the first six months.

Sami Arfaoui stressed the need to accelerate the process initiated by Beji Caid Essebsi, especially that the consultations on the presidential initiative were finalized by the signing of the summary document “Carthage Agreement” that lists the priorities of the future government. Otherwise, the country will face great difficulties, if not economic collapse.

“Politicians must take into consideration that our country is moving towards big economic problems if nothing is done urgently,” he said.