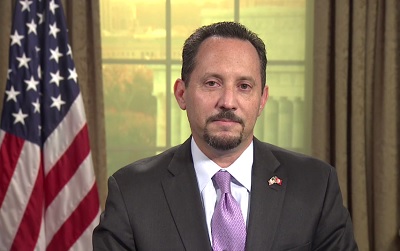 On the signing of a financing and support agreement of the Tunisian American Enterprise Fund (TAEF) in favor of NETINFO, a training school for the digital arts professions, US ambassador to Tunisia, Daniel Rubinstein, reiterated his country’s commitment to finance Tunisian small and medium-sized enterprises and young entrepreneurs to help the country’s economy create jobs, ilboursa reported.

“The TAEF is part of the US program to boost entrepreneurship in Tunisia through the financing of promising projects and Tunisian entrepreneurs as is the case today with NETINFO,” says Rubinstein.

Through several programs funded by the United States Agency for International Development (USAID), the goal is to help Tunisian SMEs create new jobs and strengthen their competitiveness, which will impact positively the competitiveness of the Tunisian economy in general, the US ambassador further said.

“The result is indeed there, because these programs have contributed to the creation of more than 25,000 new jobs in recent years and we plan to continue to do so in close collaboration with our Tunisian partners”, he stressed, according to the same source.

Tunisia: 5 mega-projects to be launched in Sousse late July