Tunisia: study on extension of Tunis-Carthage airport to end March 2016 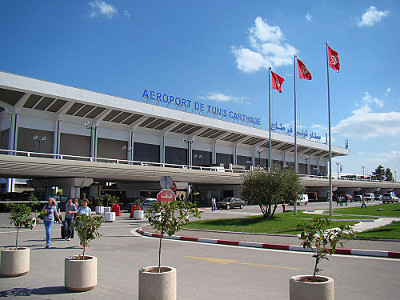 The study on the extension and modernisation of the Tunis-Carthage international airport will be completed in March 2016, CEO of the Office of Civil Aviation and Airports (OACA) told TAP on Monday.
The objective of this study is to increase the airport’s capacity to 7.5 million passengers by 2019 and 10 million travellers in 2021, from nearly 5.5 million passengers at the end of 2015, he said.
The aim is also improve the positioning of the 40-year-old airport in Africa and the Mediterranean basin, Chelli added.
The official also pointed to OACA’s intention to conduct a study on the “construction of a new airport in the capital Tunis to meet the requirements of international air transport and Tunisia ‘s economic ambitions.”
Share
Facebook
Twitter
Linkedin
Email
WhatsApp
Viber
Pinterest
ReddIt
Tumblr
Telegram
Digg
Mix
Print
Previous articleTunisia: Abraaj acquires 49 percent stake in SAH
Next articleTunisia: TSE to participate in Roadshow in London

Fakhfakh : Commitment to dialogue and consultation with social partners