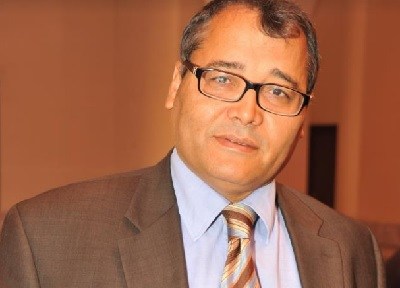 He is not the Minister of Finance, but he knows all the mysteries. He is a survivor of the “Essid” government and is the man of the great reforms in the government of Youssef Chahed.
“First, there are distribution channels that apply exorbitant margins to production costs. Then there are groups and the illicit practices of monopolization to control the market and create scarcity to increase prices.

Finally, there is the depreciation of the dinar that generates imported inflation,” he said.

With him, AfricanManager spoke, in detail, about the issue of rising prices that has hit Tunisia for a few days, with a wave of protests, peaceful and destructive.

What effects, depending on your scenarios, could the fiscal measures of the Finance (FL) Law 2018 have on prices and in what areas?

When preparing the 2018 Finance Act, we undertook simulations to see the impact of the VAT hike on prices.
The effect varies, according to the basket of goods, from 28 millimes to 77 millimes with an average of 72 millimes for every 10 dinars spent.
This means that the effect is marginal and could not explain the rise in prices inherited from the year 2017.
The 1 VAT point yields only 330 MD over one year, which would mean that it is the source of price increases. In addition, it fits perfectly into a tax reform adopted since 2013. Compared to our neighbors and standard rates, in terms of VAT, we are far below.

What do you mean?

And the rise of consumption duties?

Even goods subject to increases in consumption duties have been chosen so that essential goods are not affected.
There are only 4 food products that are subject to consumption duties: they are chocolate, biscuits, ice cream and sweets.
The rest concerns gold watches, yachts, granite and beauty products. In other words, they are luxury products.
Listening to you, one has the impression that the finance law is not the cause of the rise in prices observed today!
The Finance Act, and in particular the VAT measures, are not responsible for the rise in inflation observed since 2017.
In addition, VAT does not apply to agricultural products and essential commodities, which have not increased.
The government continues to subsidize commodities up to 1,500 MD. It has also made a commitment not to raise these prices.
The finance law will surely have an impact, but marginal, which should be felt during the year.
But the 2018 finance law is not responsible for the price increase. In any case, it is very early to see it and therefore to say it.

Are you challenging the rise in prices and the decline in purchasing power?

Not at all. The government has tackled, since 2017, the rise in prices whose origin is threefold.
First, there are distribution channels that apply exorbitant margins in relation to production costs.
Then there are groups and illegal practices of monopolization to control the market and create scarcity to increase prices.
Finally, there is the depreciation of the dinar which generates imported inflation.
ackling the problem of rising prices means fighting against these mechanisms and not against VAT.
The government is accused of failing to accompany these increases, set out in law 2018, by social measures. Why did not you think about it?
On the contrary, we thought and took several measures to this effect.
First, we have maintained salary increase commitments in January, February, March and April.
We also promised to revalue the premium for needy families. Several measures are under consideration, relating to the financial evaluation of this premium, which must take into account budgetary constraints. This is because we do not take things lightly.

Is it possible or imaginable, after the protests, to suspend the LF 2018, or to make a complementary LF?

The 2018 Finance Law is a law of economic rigor and not austerity. It will reduce debt and put public finances on a path of consolidation.
The Fl 2018 is however a mere alibi for electoral considerations, which is irresponsible and has nothing to do with the price increase observed since 2017.
The country needs stability and consensus around the economic objectives. The key is to have accompanying measures to alleviate the impact of certain measures on vulnerable populations. Suspending the FL 2018 would be catastrophic for the country, but a supplementary FL is still possible.