HomeFeatured NewsThe man who spoke of Tunisia, as nobody has spoken about it...
Featured News

The man who spoke of Tunisia, as nobody has spoken about it for seven years 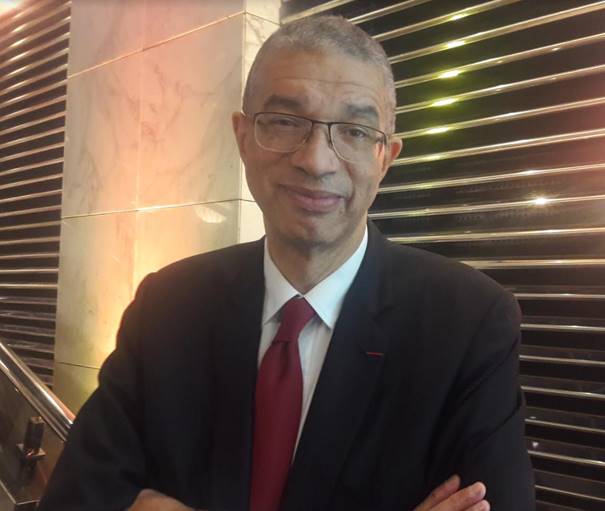 In a bid to reach a new milestone in social responsibility and be a special contributor in the public debate on central socio-economic themes, BIAT organized, on Wednesday, January 17, 2018, the first edition of its economic conferences around the theme “What determines Tunisia’s economic take-off in today’s world?
The conference was marked by a presentation by Lionel Zinsou, imminent Franco-Beninese economist and by the participation in the panel of Elyes Jouini, vice-president of the Paris-Dauphine University and Noureddine Hajji, General Manager EY (Ernest & Young) Tunisia.

More than 400 participants, opinion leaders, decision makers, financiers, businessmen, academics and students discussed for more than two hours the prerequisites for the economic take-off and the challenges for the future of Tunisia.

The economist who speaks differently of Tunisia

Undeniably and above all by the way he spoke about Tunisia; Lionel Zinsou was the man of the evening.
Knowing very well Tunisia, perfectly aware of its most recent economic and financial data and even strategic controversies that shake the entire economic and business place, the economist has surprised more than one.

“Is he talking about Tunisia we know”?, an attendee, economic expert, asked on several Tunisian TV channels, when listening to all the good things that Zinsou was saying about the behavior of the Tunisian economy and his optimism about its prospects.

Reacting to his words, Noureddine Hajji ended by saying “tonight, I would certainly sleep better”.

It is true that listening to him, one would call him “Minister of Economic Marketing of Tunisia”, as he seemed well aware of the strengths of the former Tunisia and the weaknesses of the new one, and especially how to fix them.

The renowned economist also spoke of Tunisia as none of its politicians, its leaders and its economists has spoken for more than seven years.
To believe him too, we would come out of his presentation revived, more optimistic and even proud of what has been done by Tunisia, for 7 years, in its national and international context.
He first describes Tunisia by the investment fund Abraaj, speaking of the repurchase of the shares of Tunisia Telecom as an “extraordinary luck”.
He talks about the very positive vision of African countries about Tunisia as a center of expertise in ICT and health services.

We go to your country to look for high quality medical services. In the Tunisian tertiary sector, we know how to create added value “.

He recalls with amazement the Tunisian ambient alarmism about the double deficit, commercial and payment, “which are the subject of a general hysteria” and wonders why not speaking rather of “Tunisia’s trade surplus with Europe, which is an indicator of competence and competitiveness” of the Tunisian economy, The “speech of anxiety about sovereign debt, the stranglehold of unemployment and the parallel market, that’s the story I hear.” And asserts: “It’s not true. Tunisia is like a country in Southern Europe. We are in a productivity economy. 6.5% of GDP deficit is just more than the European standard and is typical for a developing country.

For him, in the end, what happens in Tunisia is quite normal for a country that has made a revolution and its economic situation is not as catastrophic as what the Tunisians themselves say.
Instead, Lionel Zinsou emphasized that Tunisia is going through a unique and unprecedented phase of democratic transition characterized by the multiplicity of political, security, economic and social challenges.

The Tunisian economy has demonstrated its resilience and received significant endogenous and exogenous shocks and the slowing down of European growth and the instability of neighboring countries”.

He even found that “the course of the 2018 budget law is legitimate and tries to do the least harm possible” and that Tunisia is “fairly disciplined, compared to other countries in West Africa” as regards the wage bill in the budget.

“Watch out the narratives” and the image you give of yourself!

The international economist draws attention to the dangers of the Tunisians’ account of themselves and their economic situation.
The scary narrative and the alarmism that could strongly impact foreign investment decisions, for a country whose economy always gives good signals of resilience and whose prospects always seem viable.

And when we hear what a certain opposition says about the economic situation and the whole country and which was reflected in the coverage by the French press of the recent events, or how the fight against corruption has ended up giving image of a corrupt people, we can only give them reason.

We must encourage corporate profits. Too many taxes kill taxation.

Lionel Zinsou then spoke of some possible solutions to restore economic growth in Tunisia by highlighting solutions that have been proven in other countries, particularly in terms of tax reform, fiscal consolidation and monetary policy. These approaches are sometimes shocking, but rational according to him.
Thus, even if he found “classic” the double deficit, he says he is struck by its “frustrating” composition of more expenses than investment and that he explains by the fall in savings.
“In economic theory, the external deficit is a strict function of this imbalance. If we do not have enough savings to finance the investment, we settle in a deficit of payment.
The currency is slipping. We then have an inflation problem. It is therefore difficult to remobilize savings to finance investment and we lose opportunities for growth.
This is where you have to put the effort. Re-encourage savings and increase the returns on savings and investment and business profits.

We then have a chance to recover the levels of growth that we need socially. This requires reaching out to public banks, encouraging insurance, collecting savings from the Tunisian Diaspora, increasing company profit margins, not to accelerate the tax burden on the latter and they are right to say that too many taxes kills taxation. Tunisia is on the path. But it must also take action to stimulate business demand and profits,” the economist said in a statement to AfricanManager.

He said he was “astonished that the government prohibits the importation of certain products”, to try to tackle the parallel market and that “the small arrangements with certain countries [Editor’s note: Turkey] is the worst solution”.
In Zinsou’s view, the solution lies in the integration of the parallel market which he has called not to demonize or criminalize and consider it as a separate economy; we must offer it solutions that represent a real profit for it.
“More tax pressure and harassment will only push it further away from the formal. It must be given the rights it might have in the formal to attract it.
Zinsou even called on Tunisian banks to open up to financing the informal sector to gradually attract it to the formal sector.

You do not finance SMEs and VSEs that create jobs

On the issue of unemployment, the banker and then CEO of European investment fund “PAI Partners” estimates that the Tunisian rate is at the average level of the Mediterranean countries and that it is much better than in Algeria, an oil country.
He therefore addresses Tunisian bankers telling them “you do not finance enterprises and micro-enterprises creating jobs and there are therefore reforms to be made” in this regard. In his view, “the state must pull out of funding and dedicate itself to guaranteeing the activity of those who come to invest”. For the rest, the solution of unemployment lies in the financing of SMEs and very small enterprises.
The solutions do exist therefore. What is needed is less anxiety, less alarmism and less gossip. Politicians and economists do give a better image of the country by the account given on oneself and believing in oneself. So, a word to the wise!

Tunisian-Serbian industrial project to be created soon in Kef