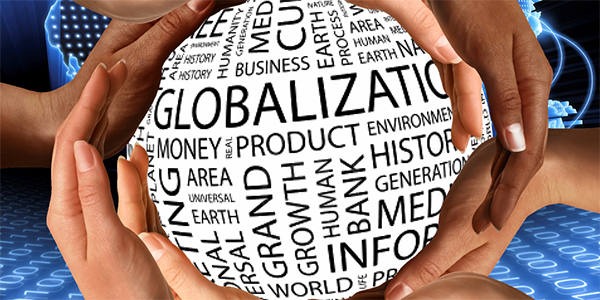 Tunisia is among five leading countries in the KOF Globalization Index.
This classification was established by Federal Institute of Technology in Zurich (ETH) and it “reflects the state of economic, social and political globalization in 192 countries worldwide”.

In other words this study takes the pulse of globalization on a scale of 1 (least globalized) to 100 (most globalized).

The economic dimension of globalization refers to the extent of cross-border trade, investment and revenue flows in relation to GDP, as well as the impact of trade and capital transaction restrictions.

The KOF Globalization Index measures the social dimension of globalization in three categories: Firstly, it assesses cross-border personal contacts in the form of telephone calls, letters and tourist flows as well as the size of the resident foreign population. Secondly, cross-border information flows are measured in terms of access to the internet, TV and foreign press products, and thirdly, the index attempts to measure cultural proximity to the
global mainstream by means of the number of McDonald’s and Ikea branches as well as book imports and exports in relation to GDP.

After flipping through all these data, Morocco stands out as “the most globalized country in Africa,” according to the 2016 edition of the ETH published this March 4; worldwide Morocco is ranked 57th.

On the African continent it is Mauritius (58th in the world) which came in second position, South Africa (61th worldwide) is third, Egypt (66th worldwide) fourth, Tunisia (81st worldwide) loop the top 5.

At the global scale, as was the case last year, the Netherlands was ranked the most globalized nation in 2016, ahead of Ireland and Belgium.

Tunisia: production of white cement down 11.5%