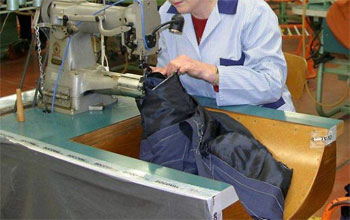 According to figures released by the Export Promotion Centre (CEPEX), exports of the textile and clothing sector fell by 1.31% and imports rose by 5.42% during the first eight months of 2014 compared to the same period in 2013.

With a turnover of 3,444.380 MTD at export during the same period in 2014, the textile and clothing sector is the second exporter nationally after the mechanical and electrical industries with a share of 19%.

Internationally, the sector ranks as the 5th largest supplier of the European Union (EU) and the second supplier of France in the field of clothing, reports the source

Nigeria: Customs services from Nigeria, others collaborate on checkpoints

Tunisia: 2012 will be a good year, says CenBank Governor