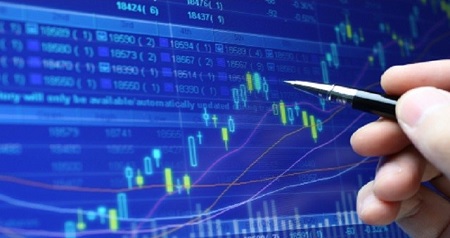 Despite the economic and financial conditions that hit the country hard, the Tunis Stock Exchange continues to make good figures drawn by banks and financial institutions that account for 52% of the market capitalization.

According to the latest indicators of the Tunis Stock Exchange, as of July 31, 2018, the volume of trading on the stock exchange has reached about 1,067 million dinars against 794 million dinars for the same period 2017, i.e. a sharp increase of 34.4%.

The financial sector representing 52% of market capitalization, accounted for the largest share of the market, with 40.6% of the total volume, up 78% over the same period in 2017.

It should be noted that this performance is mainly attributable to the banking sector, which has increased trade volume by 73%.

In second place is the consumer goods sector, accounting for 31% of market capitalization, with a 35.4% share of the overall market volume and a 39.3% increase in trade volume compared to the same period in 2017.

Tunisian investors represent the main players in the market with a share that hovers around 70%, followed by foreign investors and UCITS.

Tunisia: Thomas Cook will not return before March 23, 2016