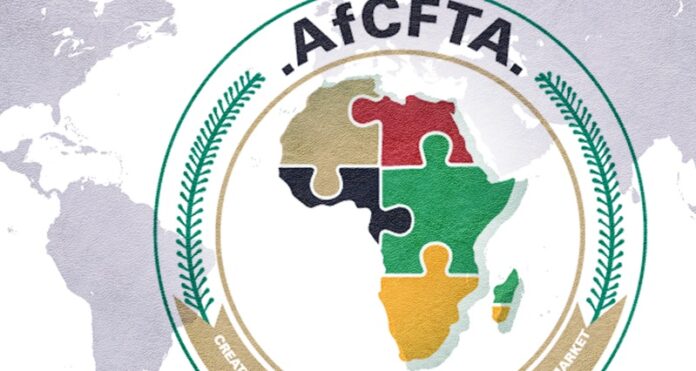 The African Continental Free Trade Area (AfCFTA), if fully implemented, could, according to a new World Bank report, increase regional income by 7 % (or $450 billion), accelerate the increase in women’s earnings and lift 30 million people out of extreme poverty by 2035.

The report sees the AfCFTA as a real opportunity to stimulate growth, reduce poverty and broaden economic inclusion in the region.

The report further states that achieving such results will be particularly important in view of the economic consequences of the COVID-19 pandemic, which is expected to cause up to $79 billion in lost production in Africa by 2020.

Measures to reduce bureaucratic hurdles and simplify customs procedures within the AfCFTA are expected to account for the bulk of the increase in revenues.

Tariff liberalization, together with the reduction of non-tariff barriers such as quotas and rules of origin, would increase revenues by 2.4 %, or about $153 billion.

The remaining $292 billion would come from trade facilitation measures that cut red tape, lower compliance costs for trading companies and facilitate the integration of African firms into global supply chains.

Successful implementation of the AfCFTA would help cushion the negative effects of the coronavirus on economic growth, supporting regional trade and value chains by reducing the cost of trade.

In the longer term, the hemispheric agreement would open up opportunities for African countries to integrate and reform for growth.

The report also notes that the AfCFTA could help reorganize the region’s markets and economies, leading to the creation of new industries and the expansion of key sectors.

The AfCFTA would also significantly boost African trade, particularly intraregional trade in manufacturing. Intra-continental exports would increase by 81 %, while the increase to non-African countries would be 19 %.

The implementation of the agreement would also lead to higher wage increases for women than for men by 2035, with increases of 10.5 % and 9.9 % respectively.

Tunisia officially acceded to this continental zone on July 22, 2020, when the House of People’s Representatives (HPR) adopted the draft organic law on the approval of an agreement establishing the African Continental Free Trade Area (AfCFTA).

Nigeria’s foreign reserves up by 3.98%