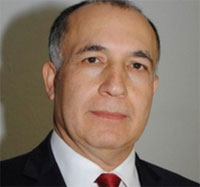 Figures of the tourism sector until June 10 this year, the markets most affected by the decline, the high summer season in 2013, the indebtedness of hoteliers and the strategy of the Ministry of Tourism have been the subject of an interview given to Africanmanager by Jamel Gamra, Minister of Tourism.

What are the achievements to date?

This encourages me to keep the same ambitions and achieve the goals set for mainly allow the tourism sector to recover the place it deserves in the Tunisian economy and return to the figures of 2010.

It is essential to ensure the success of the next summer to reach a total of 7 million tourists. This is a very ambitious goal. I am convinced that if we bring our action plan to a successful end, we can achieve it easily.

According to you, the summer tourist season is good. Do you have e-booking figures?

I have just returned from a tour in France and the Netherlands, which allowed me to update my program and adjust it according to the findings and comments of our partners and tour operators. I am very confident and figures reflect it in terms of bookings on the English, German, Belgian, and Dutch with the exception of the French market which is still down

It is down by how much?

It is down 35 to 45% in terms of bookings. But everyone agrees that the French market is now a market of last minute. According to tour operators, the offer price will be decisive for departure decisions. And here we have insisted that the price should not be the mainstay for Tunisia, but rather the price / quality ratio. We are increasingly demanding vis-à-vis our operators. Until last Saturday, we conducted more than 2,792 control operations.

I cannot say the names, but the control was behind closing hotels in Sousse.

Until today, what is the market which has recorded the largest decline, except for the French?

The most affected is the French market where we recorded the largest decline in terms of entries, i.e. 19.8%. The other market was Bulgaria (-40%) until June 10.

The ministers who have succeeded in this position before you had said they will reach 7 million tourists, you have also taking the plunge and you want to reach that figure, on which basis will you do it?

The truth is that I have relied on my feelings. I consider myself owner of this sector and the owner puts all the means available to achieve the objectives, and that’s what I’m doing as I did in my business.

We need to mobilize all forces and the entire population to achieve this goal. Current figures confirm the recovery and generate confidence in the achievement of objectives. It is necessary to be close to our markets. I rely on the mobilization of the entire Tunisian population and all stakeholders in the sector, mainly those involved in environment and security.

Much remains to be done, especially with regard to improving services. I knew that we are a bit far and that it is necessary today to improve our services and speed needed efforts to promote the destination Tunisia efforts. What also comfort me are the data of ONTT, according to which, Tunisia will exceed the figure of 7 million tourists.

Where were you of that figure until June 10?

We have exceeded 2 million tourists, more precisely 2 million and 133 thousand.

You are far even from the half?

Yes, but the high season has not started yet.

How much have you spent on promotion so far?

There are hidden things. There are amounts that are spent and others that are not yet, but overall, we have exceeded 65 million dinars.

How much did you spend?

Admittedly, we have contracts with the most important is that of Publi 6. We have probably spent between 10 and 40% of that amount.

These 65 million Tunisian dinars were they spent to reach the figure of 7 million tourists?

Yes, if you see it that way, but here we are trying to promote Tunisia and save our goodwill.

There are people who say why making so much effort on the French market, I would say it is our goodwill and we are not ready to lose it.

What is the amount of foreign currency inflows so far?

What is your target?

You have just said that markets like the French are moving towards last-minute booking, they become markets where prices are very important indicators. This is done while the Tunisian tourism is weakened by its financial situation. You have begun the promotional activity in the sector, which is good, but you’ve forgotten, it seems to us, the situation of the sector and debt, where as we knew that with the former minister who is currently the Minister of Finance there was a program. Is not there a risk of further crippling the sector?

This is true, but I never neglected the medium-and long-term program for the sector, based on the fact that tourism is important for the Tunisian economy and the lives of Tunisians.

I have fixed myself and under my responsibility the activities that should be carried out so that the sector would contribute significantly to the Tunisian economy. Discussions are already underway with our partners on the plan to be adopted in the medium and long terms. In this context, a scientific study was already conducted on the vision of Tunisian tourism in the years 2010/2016. It is a vision designed to change and readjust priorities.

We have giving priority to the restructuring of tourism which should include culture, history, cuisine and crafts. This is a very important strategic project. It is necessary for the ministry to be further organized so that it can cover all aspects and help in this context the profession to organize.

The second axis is the market diversification. We need to develop other specialties and people invest more in product diversification and tourism innovation and entertainment, and it is in this context that we arrive at the problem of debt. I know that this is a problem that currently hinders the development of the sector. Less than a dozen hotel units are facing financial difficulties, which also impedes the development of other hotels that are healthy.

This is a subject that should be treated with enough courage, clarity and transparency. A project with the asset management company is currently on the table to buy the assets of indebted hotels. Next week, we will start discussing with the professionals and banks to see how to implement this project.

You say that less than 10% of hotels are experiencing financial difficulties while we know that the debt has already exceeded 5 billion dinars?

There is no such figure. There is a distinction between structural financial difficulties and those cyclical. Some hoteliers have gone through difficulties, following the revolution, but the problem arises especially for units that shut down well before the Revolution because of poor management or lack of investment.

Can we know the actual number?

It does not exceed one hundred, exactly 80 hotels. These hotels will be treated on a case by case basis.

How much is the volume of their debt?

Honestly, I do not have the exact figure. It is difficult to say, but that does not exceed 1,000 billion.

After that, there was the idea of setting up a structure to repurchase these seaside structures to try to find a solution. During a recent encounter with the former Minister of Tourism, who is serving now as the Minister of Finance, he informed me that there was no need to wait for the legislative component to create this structure. Could we have a progress report?

I think it is a good initiative, but must be clarified in its terms. There is a lot of noise around this project with the asset management company. The project requires thought. We know we need such a company but the practical arrangements for the moment are not sufficiently clear, hence the need to establish good rules to achieve our objectives.

It is a management asset structure whose funding should be public and is neither from Qatar nor from any other foreign source.

Things are just now considered, nothing has been done. The bill has not yet come out of the Ministry

No, the project is currently at the Department of Tourism and the Central Bank, but given its importance, we are fully aware that this project should be addressed to resolve the situation and boost tourism. We should further clarify and discuss the modalities of application.

What are your relations with the new Federation?

They are excellent. I can not work without the federation. These are my partners.

Do you expect that the new president of the federation will be less intransigent than the former one?

I need a strong federation that respects the sector and that can mobilize all forces when it wants to. It is a constructive relationship. We must be honest, transparent, and clear and put everything on the table.

Neither I nor they have quick fixes. The interest of Tunisia is absolutely linked to all operators and stakeholders.

Tunisia: foreign currency reserves at their highest level since September 2017

Tunisia: inflation at 5.5% in October