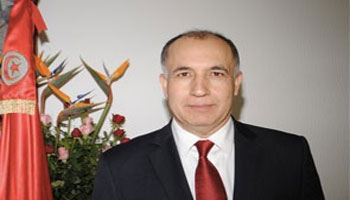 Despite its poor start, the Minister of Tourism, Jamel Gamra still believes in the success of the 2013 summer season.

In an interview with Africanmanager, he showed optimism about the proper conduct of this season, saying figures of the first decade of June of 2013 (June 1 to 10 June) are very reassuring, and even posted a 15% increase compared to the same period of 2012 and a 2.5% growth compared to 2010.

This upward trend shows, in fact, that events in Mount Chaâmbi, have not affected bookings for the tourist season despite fears that these events can weaken the sector.

From the beginning of the year until 10 June 2013, the number of tourists recorded an increase of 1.8% compared to the same period of 2012, which confirms, among other, that tourists still prefer Tunisia, since the recent events have not hit tourist areas. Add to this the effort of the security forces to calm the situation and reassure foreign tourists.

On the objectives set for the summer season, the minister said the ministry is mobilizing all the Tunisian people to achieve the goals set so as to essentially allow the tourism sector to recover the place it deserves in the Tunisian economy and catch up with the figures of 2010.

He called, on this occasion, to strengthen the role of this sector in the Tunisian economy as well as in the minds of Tunisians. “All Tunisians need to know that this sector that provides livelihoods for more than one fifth of the population will give earnings to more than half of the Tunisian people,” he said.

He also called to ensure the success of the next summer to reach a total of 7 million tourists: “This is a very ambitious goal. I am convinced that if we succeed in our action plan we can reach it easily, “he said.

On how to proceed, Jamel Gamra stressed the need to mobilize all forces and the entire population to achieve this goal. He also indicated that the current figures confirm the recovery and generate confidence in the achievement of goals.

“It is necessary to be very close to our markets. I rely on the mobilization of the entire Tunisian population and all stakeholders in the sector, mainly those involved in environment and security, “he stressed.

The minister acknowledged, however, that there is still much work to be done especially in terms of improving services. “We are a bit far. We need to improve our services and accelerate efforts needed to promote the destination Tunisia.”

Tunisia: 150 engineers to be hired in Germany

Congolese president urges French companies to invest in his country