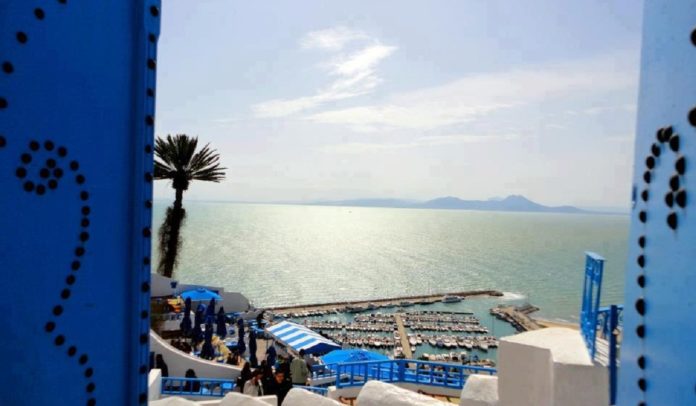 The nightmare of COVID-19 is dissipating for Tunisian tourism and related industries. The authorities have announced, for the first time, an improvement in tourism revenues by 7%, from January 1 to October 20, 2021, compared to the same period of 2020.

Minister of Tourism and Handicrafts Mohamed Moez Belhassine said the number of overnight stays has increased by nearly 19%, while the number of arrivals in Tunisia grew 3%.

Above all, he reported the return of the British, German and Russian tourists, after Tunisia was removed from their red list, which suggests a gradual recovery of tourism in the period ahead, especially with the improvement of the epidemiological situation in our country.

In the same context, the development of a plan to revive the tourist activity was announced; it will be adopted soon. The plan will cover a period of three years and include measures relating to the tourism offer, promotion, domestic tourism, health protocol …

The Minister recalled the social, economic and fiscal measures adopted and that have ensured the sustainability of the tourism sector, which employs over 400 thousand people directly and indirectly.

He said his department is working on the revision of the legal framework governing the sector, in order to encourage investment dedicated to alternative tourism, to boost regional development in the interior of the country.

The coronavirus pandemic has revealed what was wrong with Tunisian tourism and which must be remedied immediately. Deficiencies that persisted since the 1970s with the predominance of mass beach tourism, concentrated in coastal cities. “The tourist infrastructure – essentially seaside – is often assimilated to the hotel business.

This mono-activity, being favored by a certain sectoral policy, has been responsible for the current tourism crisis with all its dimensions: economic, social and environmental”, academic Mohamed Hellal notes in an interesting analysis in the Revue Etudes Caribéennes.

The political instability that followed the 2011 revolution, as well as the terrorist attacks that hit Tunisia in 2015, have drastically reduced tourist numbers in the country, he added.

These political and security crises have been caught up in its recovery by the COVID-19. The priority of the actors of Tunisian tourism is therefore today to restart this sector. In parallel, an awareness of environmental issues has emerged in recent years to promote the development of a new type of tourism that is more sustainable, he recommends.

The perspective of developing sustainable and responsible tourism must be part of a value chain and contribute to the mitigation of social and territorial disparities through an inclusive approach.

To this end, the pandemic would have served as an indicator and accelerator of a business in full mutation.

Moreover, in the context of the post-COVID-19 era, the potential travelers advocate for a local and ecological tourism. Everything is in favor of a “soft tourism” in place of mass tourism before COVID. Tunisia, like many countries, has been affected by this paradigm shift.

Recommendations that meet in some respects what is proposed by the World Bank, in its strategic study on Tunisian tourism.

It suggested that the following guidelines are adopted in terms of image: communicate on the Tunisian regions, rather than on Tunisia itself, on tourist sites and product lines.

It also advises “the use of the considerable potential of ICT (marketing by Internet, but also use of a professional Intranet) and a better differentiation of techniques used according to customer segments and product lines.

Tunisia: Maghrebia puts 30% of its capital on the stock market

Tunisia: 327 hectares of forests and woodland destroyed by fire