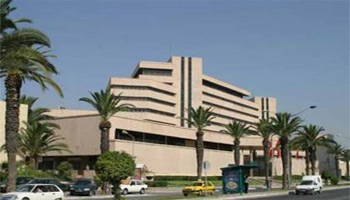 In its latest report, the Executive Board of the Central Bank of Tunisia has reviewed the continuing impact of the economic recession in some European partners on production and exports of manufacturing industries, especially textiles, leather and footwear and mechanical and electrical engineering industries, in addition to the decline in the exports of mining products, phosphate and derivatives since last May.

They have contributed, along with an increasing pace of imports, to widening the current account deficit to 4.8% of GDP in the first half of this year against 3.6% for the same period of 2011.

However, despite these pressures, the net assets in foreign currencies have stabilized at 10, 262 MTD or the equivalent of 102 days of imports to July 30, 2012, thanks to the consolidation of the surplus of the balance of capital and financial operations.

According to the National Statistics Institute (INS), Tunisia’s trade deficit widened to 975 million dinars in the first half of this year. The results of Tunisia’s external trade posted a drop in the rate of growth of the offshore regime whose rate of exports has clearly lost its dynamism through an evolution that did not exceed 0.5% against more than 21% during the same period of 2011.

Imports in the offshore regime have also declined by 1.7% against a positive trend of over 19% in 2011.

However, the value of trade has improved under the general export and import regime through respective growth rates of 15.2% and 23%.

In 2011, these rates have not followed the same trend as exports grew only 1.7% while imports decreased by 1.5%.

Indeed, the same source noted that an increase of 4.5% recorded by exports is attributable to most industries and sectors mainly food products (+7.5%), energy (+19.9%), mechanical industries (+13.8%) and other manufacturing industries (+18.1%). In the textile, clothing and leather sectors, exports however fell by 7.5%.

Regarding the mining sector, phosphates and derivatives, exports were down 1.5% after positive developments recorded in the final months of this year.

For imports, the evolution was marked by sustained growth stimulated by imports in most sectors mainly raw materials and semi products (7.4%), energy (40.1%), capital goods (10.7 %) and consumer goods other than food (16.2%).

The coverage rate of the trade balance has lost seven points in the first six months of this year down to 71.2% against 78.2% during the same period of 2011.

This result is explained by the continued growth of imports which is made at a much faster pace than exports.

This gives the respective growth rates of 14.8% and 4.5% over the same period last year.

Regarding geographical distribution, Tunisian exports to the European Union, which account for 71.5% of the total exports, decreased by 4%.

According to the analysis of the INS, this decline is due to the 13.7% fall in exports with France, the 12% decrease in exports with Spain and a stability of trade with Italy (0.9% ) while exports to Germany rose 3.1%.

Note that Tunisian exports to Libya have maintained their pace and reached 60.8%. On the import side, trade between Tunisia and Europe (55.3% of total imports) reached 10.474,3 billion dinars, thus registering a positive growth of 6.3%.

Moreover, France and Italy lead the list of top suppliers with respective rates of 16.7% and 14.2%. Imports from France recorded an improvement of 1.3% while those from Italy posted a decline of 4.7%.