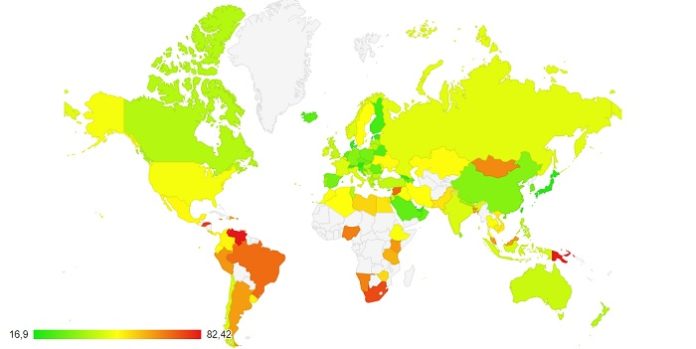 According to the latest ranking of the Crime Index 2017 Mid-Year, Tunis was ranked the most peaceful and safest city in Africa, with a fairly low crime index (36.11) for a relatively high security index. A study of the site Numbeo had reached the same conclusions in August 2017…

Cities in the top 5 of the world ranking are:

* Abu Dhabi in the Arab Emirates: 1st place in the world

On the other hand, cities like San Pedro Sula in Honduras, Port Moresby in Papua New Guinea, Caracas in Venezuela, Pietermaritzburg in South Africa and Fortaleza in Brazil are classified as ultra dangerous.

The Crime Index 2017 Mid-Year ranks cities according to their crime and safety index.

This is an estimate of the overall level of crime in a given city or country.

The new governor of the Central Bank of West African States...

Tunisia: Agricultural investments rise by 9.8% in 2015