HomeFeatured NewsTunisia: Tunisair in the footsteps of Rayanair? Minister Ayara says what he...
Featured News

Tunisia: Tunisair in the footsteps of Rayanair? Minister Ayara says what he wants to do 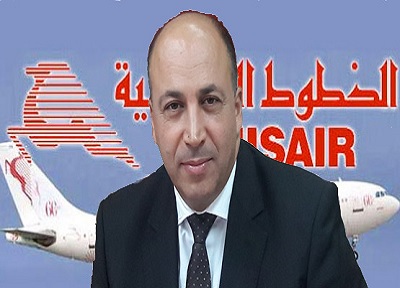 Radhouane Ayara has only a few weeks at the head of the Ministry of Transport, but a lot of work lies ahead.

He knows however that “although well structured, the transport sector requires a lot of reforms, because it is composed of many important companies for the Tunisian economy, but they are suffering from many difficulties”.

Already taking the bull by the horns and knowing in what social environment he is acting, the minister points the finger at companies that are not doing well and where all or almost goes wrong. “

These are Tunisair, STAM and SNCFT; these are large companies. And if we looked at them differently, we could make them developmental locomotives, even in the regions, “he says, still optimistic and understandable, as he is only a few weeks old as a Minister.

In the footsteps of Rayanair?

For the moment, “the emergency is Tunisair and we need an objective look at its restructuring, an action on which everyone agrees.

The minister knows that he walks there on eggshells, the company being a real can of worms of all kinds. “We have some solutions, but we also need the audacity to go straight to the right solutions, even if they will sometimes be painful.”

And as expected, the urgency for Tunisair, according to him, is to solve the problem of flight delays that has become endemic, to get the company to resume a regular rhythm of its flights.

Anxious to enlighten its readers, AfricanManager went ahead; at the risk however of getting the minister into A corner.

The minister let himself go to the first real news. “We cannot talk about delays, by forgetting that many of our aircraft remain nailed to the tarmac and that the company is unable to handle all thefts.

It is not necessary, even for a while, to keep all the flights and destinations, even the most traditional ones, and we must have the courage to do so if necessary.

“The minister confirms that the number of grounded devices is five and that it is not only a problem of money to buy new engines but also availability of these engines in the market.

It would almost be understood that Tunisair would follow in the footsteps of the Irish Rayanair (in a struggling internal organizational problem, the company announced at the end of September cancellation of a flight a day for 5 months and the withdrawal of 25 aircraft of

the fleet), but that it could also be beneficial to it! In the meantime, Tunisair is already moving towards leasing to ensure the minimum subsistence of its activity.

Reviewing the capital structure without privatizing it

But Tunisair, it is also a diminished financial capacity, facing a state that cannot now put a hand in the pocket, more than it does.

Radhouane Ayara told AfricanManager that “the capital of the company is no longer able to face its indebtedness, which makes it unable to continue forward when it no longer has the means of its policy “.

And when asked whether an increase in the capital of Tunisair is expected, the Minister of Transport does not deny and goes further. “Yes, and even a revision of the composition of this capital,” said the minister, taking care to clarify that “this does not mean privatization or the entry of other partners. It is a sensitive issue and one that has yet to be discussed. “

The Tunisian airline also suffers from a surplus of employees, whose total number exceeds 7,500 and places it outside the international ratios for the number of employees by air.

The idea of the social plan is not new, but has lagged for 7 years. A sum of some 52 MD has even been provided by Tunisair for voluntary retirements.

It turns out, however, that the calculation of the sum did not take into account the incapacity of the social funds, which refused to pay and would not even allow the departure of 400 employees.

Social plan and delays: solutions, internal and after discussion with UGTT

Here again Radhouane Ayara reminds us of the need for a dialogue with the UGTT about this plan. “We have a social partner and we need to discuss with it, probably next week,” he told us, adding that “at the end of discussions, if everyone agrees that some employees voluntarily leave Tunisair for other sectors, in compliance with the law, this could be one solution among many others.

The new minister has yet to clarify, as if to say that nothing has yet been decided: “I believe that only those who have no strength to continue, for reasons that are not necessarily personal, must leave the company”, before talking about the experiences of “other companies where the choices adopted were painful but that have taken into account the interests of their companies and the country.”

With the Minister of Transport, in this exclusive interview, we went back to the issue of delays, repeated and always increasing delays.

He will say no more than what he said above, invoking the question of resources, human and material.

We insist and he sticks to his first explanations and calls all parties to contribute to the search for a “solution, which can only be internal”.

Tunisia: Tawassel to be traded before end of 2013