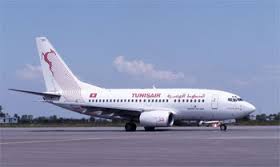 Tunisair has completed since February 1, the launch of a rate action “Early Purchase” for Tunisian nationals residing abroad through Tunisair outlets and authorized travel agencies, the airline said in a statement released Tuesday, February 9, 2016.
This tariff package gives 30% discount on the usual rates for Tunisian expatriates, excluding taxes, the cheapest on the existing tariff structures. These rates apply to the following markets: France, Germany, Belgium, Italy, Austria, Netherlands, Switzerland , Spain, Portugal and Morocco.
These rates apply to regular flights, for a sale period spanning until March 15, 2016, while the trip could take place from June 1 to August 31, 2016 with a return fixed at the latest September 30, 2016.
As for the general requirements, they are as follows:
– Maximum period of stay: 03 months
– Discounts: reductions, by age, are applied to the base fare as follows:
90% for babies (under 02 years)
33% for children (02 years to under 18 years)
25% for the young (18 years to under 26 years)
– Baggage allowance: It should also be noted that these rates are entitled to one piece of 32 kg in the hold, instead of a piece of 23 Kg.
Share
Facebook
Twitter
Linkedin
Email
WhatsApp
Viber
Pinterest
ReddIt
Tumblr
Telegram
Digg
Mix
Print
Previous articleTunisia: thirty Tunisian operators to visit Oran ahead of MG 2012
Next articleTunisia takes part in Milan International Travel Fair Bit 2016