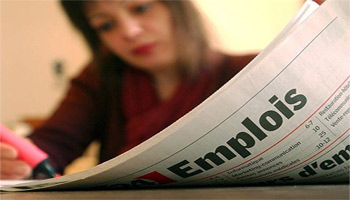 Employment, one of the major demands of the Tunisian revolution, continues to be the main concern of economic actors in the country, especially with the increase in the number of unemployed, estimated at 800,000.

It is a heavy responsibility incumbent upon government officials and especially in the Troika that are trying to multiply the initiatives and actions to create 100,000 employment positions by the end of this year. There are many methods and procedures that have been put in place to help unemployed people who have suffered greatly from this situation.

According to the latest figures released by the Ministry of Employment and Vocational Training, the number of employment positions created during the first six months of 2012 amounted to 61,000. It is important to note that 31,000 more will be created in the coming months, through competitive recruitment in the public and private sectors.

Manufacturing and non-manufacturing industries, agriculture, fishing, tourism, trade, transportation and services have registered nearly 52,234 jobs. By cons, in the textile and clothing industry, the number of jobs has not exceeded 12,314 job applications filed during the same period.

In addition, and with regard to applicants registered at employment and self-employment offices, they were estimated at 211,710 in July 2012, down 25% compared to the same period of 2011.